“In light of Russia's new ‘fake news’ law, we have no choice but to suspend livestreaming and new content to our video service in Russia while we review the safety implications of this law.” 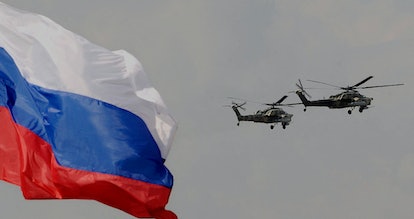 Two of the biggest names in streaming entertainment and social media added their names to the sizable list of businesses cutting off access to Russia in response to the government’s unprovoked military invasion of Ukraine last month. Over the weekend, both Netflix and TikTok announced their respective blackouts in the country, citing the nation’s new requirement to support state-run media channels and the censorship of so called “fake news.”

“Given the circumstances on the ground, we have decided to suspend our service in Russia,” a Netflix spokesperson confirmed to CNBC yesterday, while TikTok published an update via its official newsroom page not long afterwards informing users that it would be cutting off both livestreaming and new content to Russian users for an indefinite period of time “while [they] review the safety implications” of the new “fake news” laws.

Late last week, Russia itself declared it would block citizens’ access to both Facebook and Twitter, claiming the two businesses were helping spread pro-Western propaganda. Although only an estimated 1 million users subscribe to Netflix in Russia, approximately 70 million utilized Facebook, while TikTok garnered around 36 million users.

A message from China? — While it’s not entirely surprising to hear Netflix add its name to the list of corporate protestors, TikTok’s weekend announcement is particularly striking. Owned by the Chinese-based company, ByteDance, the app has quickly risen to become of the world’s most popular social media platforms. But despite earning widespread condemnation by almost the entirety of the Western world, Russia still is on relatively close terms with President Xi Jinping, who has long eyed Taiwan for a territorial expansion similar to the current Ukraine crisis. To see TikTok issue such a sweeping ban within its neighboring nation could potentially be seen as an oblique warning to Putin regarding what his regime plans to do next.

It will be interesting to see how, or if, Russia responds to the newest blacklisting efforts, particularly when it comes to TikTok. At the end of the day, however, the Russian people will be the ones to suffer the most from this ban, as yet another potential means for outside information and non-state-run news becomes all but impossible to access.