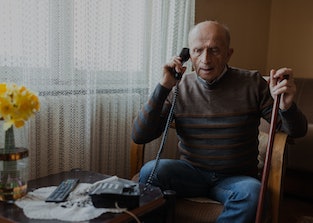 New York Attorney General Letitia James this week launched the Anti-Robocall Litigation Taskforce to figure out how the U.S. can stop the millions of spam calls being placed every day. Every state’s attorney general has signed onto the task force. James tweeted the news along with some baseline tips for identifying and avoiding robocalls.

“Robocalls are more than just a nuisance; they are used to scam seniors and defraud customers,” James said in a statement. “Across the country, phones are ringing off the hook with robocalls that sound legitimate but are actually a fraud.”

The problem of robocalls has only gotten worse in recent years; T-Mobile alone detected 21 billion scam calls in 2021. And while a number of lawmakers have proposed legislation that would make it more difficult for spam calls to reach consumers, very little has actually been done to crack down on phone scams. In fact, some legal decisions have even made it easier for scam callers to reach consumers.

The Anti-Robocall Litigation Task Force has a lot of firepower standing behind it — we can only hope it’s enough to actually make some progress on fighting this overwhelming problem.

Starting at the source — The Anti-Robocall Litigation Task Force’s long-term methodologies remain to be seen. For now, at least, the group is focusing on the networks that allow these scam calls to proliferate to the American public. It’s starting with scam calls that are foreign in origin. While domestic calls are filtered through STIR and SHAKEN protocols — which verify the accuracy of caller ID with digital certificates — calls placed from outside the U.S. are not subject to the same scrutiny.

Already the Task Force has issued 20 civil investigation demands to 20 so-called “gateway providers,” or those companies responsible for letting in much of the robocall traffic we’re dealing with. The group believes some of these providers are intentionally doing less than they could to filter this malicious traffic.

This could take a while — If the past has proven anything about robocalls, it’s that legislation limiting scam calls is slow-moving at the best of times. These 20 civil investigations alone will likely take many months to complete. And that’s only dealing with foreign robocall networks.

While we wait for comprehensive federal legislation to stop all these fake auto warranty calls, there are, at least, a number of efficient apps that can cut down on how many scam calls actually keep your phone ringing.