“Amazon is pushing readers further down the road to a process of online radicalization.”

Heidi Beirich, the co-founder of the Global Project Against Hate and Extremism 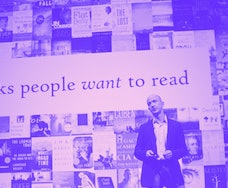 Cherry-picked anecdotes, glorification of historical atrocities, and all-out manifestos — white supremacists searching for a platform to host content that’s been banned everywhere else need look no further than Amazon. That’s the takeaway of a shocking report from ProPublica and The Atlantic following a joint investigation into the company’s self-publishing branch, Kindle Direct Publishing (KDP). Going all the way back to the ‘90s, the publications have dug up example after example of Amazon giving a home to dangerous neo-Nazi ideologies.

It’s a practice the e-commerce giant has continued over the years, only beefing up moderation or, in rare cases, pulling such titles after it’s pressured to do so by outside scrutiny. Otherwise, it is as one user on an anonymous 4chan board posted in 2017: “Kindle will publish anything.”

It’s just business as usual for Amazon — Since it first entered the space as an online bookstore, Amazon has approached business with one mindset, the report points out — sell everything, as long as it’s legal. As for ethics, well, people can make that call on their own. According to an employee cited by ProPublica and The Atlantic, CEO Jeff Bezos said early on: “Who are we to decide? There’s a comments section and people will comment on the fact that this is beneath them.”

That's been the justification for hosting many controversial titles including "Mein Kampf," which can still be bought on the website, though it was recently banned from third-party sellers and KDP reprints.

With the rise in e-books and the eventual launch of KDP, Amazon's Nazi problem has only been compounded. Per the report:

Releases include “Anschluss: The Politics of Vesica Piscis,” a polemic that praises the “grossly underappreciated” massacre of 77 people by the Norwegian neo-Nazi Anders Breivik in 2011, and “The White Rabbit Handbook,” a manifesto linked to an Illinois-based militia group facing federal hate-crime charges for firebombing a mosque. (Amazon removed the latter last week following questions from ProPublica.) About 200 of the 1,500 books recommended by the Colchester Collection, an online reading room run by and for white nationalists, were self-published through Amazon.

White nationalist Billy Roper, who has been suspended from Facebook, Twitter, YouTube and Russia’s VK, has 17 published works on KDP, per the investigation. Roper's writings, both fiction and nonfiction, in some cases include depictions of, in his own words, “literal racial genocide.”

E-book moderators are bogged down with a high-volume of incoming content and little time to dedicate to each title; at times they've reviewed upwards of 100 books an hour, according to the report. And, even if they had more time, the focus remains on appropriateness and legality — hate speech is pretty much okay. The shift to automation has, predictably, made things much worse. These days, a search for reading material on fascism might kick up a slew of recommended titles in that realm, even for users who have no history of browsing such material, the investigation found.

Curious readers can easily click through several different clusters of books espousing anti-Semitism, nativism, Nazism and white nationalism without encountering a text from an opposing point of view.

The gatekeeper argument doesn't fit — As noted in the report, Bezos has long pushed the idea that his platform shouldn't serve as a gatekeeper between people and the content they want to ingest. And, there's the (admittedly complex) question of freedom of speech, and how that applies to services such as this.

Amazon has made conscious moves over the years to allow or forbid certain types of content, though — and it's a for-profit organization with the power and responsibility to be selective. Former Klan leader David Duke is a rare example in which Amazon has actually stepped in and instated a ban. All that makes its justification for letting neo-Nazi propaganda thrive feel weak, at best, and terrifying at worst.

You can read the full report here or here.

Update: In a statement to ProPublica and reiterated to Input, an Amazon spokesperson said: “As a bookseller, we believe that providing access to the written word is important, including books that some may find objectionable, though we have policies governing which books can be listed for sale. We invest significant time and resources to ensure our guidelines are followed, and remove products that do not adhere to our guidelines. We also promptly investigate any book when a concern is raised.”