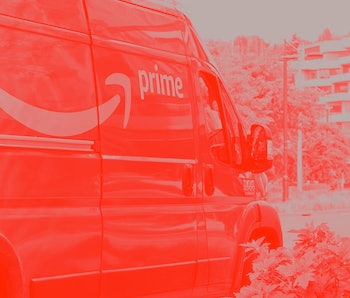 Of Amazon’s many problematic policies, its worst tend to be concentrated around how the corporation treats its workers. We’re now finding out that Amazon’s HR department is even more impersonal than we once thought — and by that we mean it’s being run by lines of code.

Amazon is utilizing machine learning algorithms to decide which workers are worth keeping around, a new Bloomberg report finds. And the company is allowing those automated systems to send out termination emails, too.

Bloomberg spoke to a 63-year-old Amazon delivery driver — make that former Amazon delivery driver — who was recently fired via one of these automated emails. For nearly four years, Stephen Normandin sped around Phoenix, Arizona delivering packages for Amazon — and then, seemingly out of nowhere, he received an email letting him know his contract had been terminated.

As Amazon’s exponential growth continues, its workers are being left in the dust. Allowing algorithms to decide which workers to fire is a new low, even by Amazon’s bedrock standards.

All about the bottom line — Normandin says that the firing came as a surprise to him, and not just because it had been carried out by an automated system. “This really upset me because we’re talking about my reputation,” he told Bloomberg. “They say I didn’t do the job when I know damn well that I did.”

We’ve known for a while now that Amazon forces its gig workers to sign “biometric consent” forms that allow the company to spy on their every move while completing deliveries. The full extent of how this data was used for performance reviews hasn’t been made public before now, though.

People familiar with Amazon’s strategy say soon-to-be-former CEO Jeff Bezos thinks it’s in the company’s best interest to let machines make decisions, because they can do so more quickly and accurately than people, thereby reducing overall costs for the company. And, as usual, it’s gig workers that end up with the displaced costs here — drivers who believe they’ve been wrongly terminated have to pay $200 to take their case to arbitration, and during the appeal of a case, workers are provided with no administrative leave pay.

Losing the humanity — Amazon touts itself as a company that prioritizes the health and well-being of its workers. If you’ve watched cable television in the last couple of years, you’ve probably seen at least one or two of the many ad campaigns Amazon has created that push this narrative.

Reports from those who have actually worked for Amazon prove the opposite to be true. The company’s growth is made possible by sucking every last ounce of humanity out of the company’s internal activities. At this point, Amazon even trusts its algorithms to make high-level decisions like hiring and firing — decisions that can have a detrimental affect on workers’ lives.

In some cases, Amazon does let humans touch HR cases. For Normandin, a person reached out to him when he appealed his case, but the response was still very impersonal, addressing none of his specific case claims. Instead the HR person said simply: “We understand that every delivery partner has difficult days and that you may sometimes experience delays, and we have already taken this into account.”

Bloomberg’s report is expansive; the publication spoke to 15 Amazon drivers and some managers, too. All pointed to how very impersonal the company’s HR dealings have become. Overall, the report continues painting a picture of Amazon that favors profits over its employees’ lives. And it doesn’t look like that will be improving any time soon.