“Like many widely-available consumer products, [the preservative] can unfortunately be misused.” 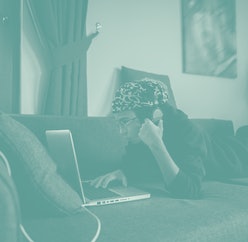 CW: This article contains discussion of death by suicide.

Lawmakers are demanding Amazon take down listings for a food preservative that’s often linked to deaths by suicide, after early questions about the preservative yielded no results. Amazon has been selling this preservative for years now, and both the government and the public have been asking Amazon to remove the listings for nearly as long.

In the past two years, at least 10 people have killed themselves with the preservative after buying it via Amazon, The New York Times has found. Many of those identified were either teenagers or people in their 20s. The mother of a 27-year-old who died after purposefully ingesting chemicals bought on Amazon has filed a wrongful death lawsuit against the company in Texas.

This week, a members of Congress and the House sent a letter to Amazon CEO Andy Jassy with a request for the company to tally just how many times the preservative has been sold, as well as any information about suicides related to those sales. They’re no longer willing to take the company’s silence as a complete answer.

E-commerce complicity — This use of the preservative is not new; Amazon reviews going back years warn of its danger. The full picture of how often it’s used is more recent. A late December NYT investigation found that quite a few websites have been pushing this particular meat preservative as a method by which one might commit suicide.

Lawmakers now believe Amazon is the main retailer being used for quick delivery of the product. They’ve seen reports from parents that Amazon is even removing some reviews that warn others of the preservatives’ dangers.

Brian Huseman, Amazon’s VP of public policy, sent a written response to lawmakers, in which he expresses sympathy for the affected families and — in the same breath — asserts that Amazon doesn’t hold any culpability in the matter.

“Amazon makes a wide selection of products available to our customers because we trust that they will use those products as intended by the manufacturers,” Huseman said. “Like many widely-available consumer products, (the preservative) can unfortunately be misused.”

An ongoing battle with itself — As much as we’d like to chalk this up to a one-time misunderstanding of ethics, Amazon has basically been pulling this for as long as it’s existed. At the beginning of the pandemic, Amazon quickly became overwhelmed with counterfeit COVID-19 “cures”. It took Amazon more than a month and a half to implement new policies to curb this behavior. Price-gouging on basic pandemic necessities has continued into 2022 despite Amazon’s promises to stop sellers from doing so.

Amazon’s arguments here in many ways echo those made by Spotify CEO Daniel Ek this week. We’re just a conduit, really. We’re not responsible for the ways in which people use our product. It’s a line that’s growing stale very fast.

Whether or not Amazon will feel compelled to actually remove the product from its site is anyone’s guess, but we’re not feeling too optimistic based on its early response. Maybe — just a thought — it would be worth some new legislation to address issues like this in a comprehensive manner.