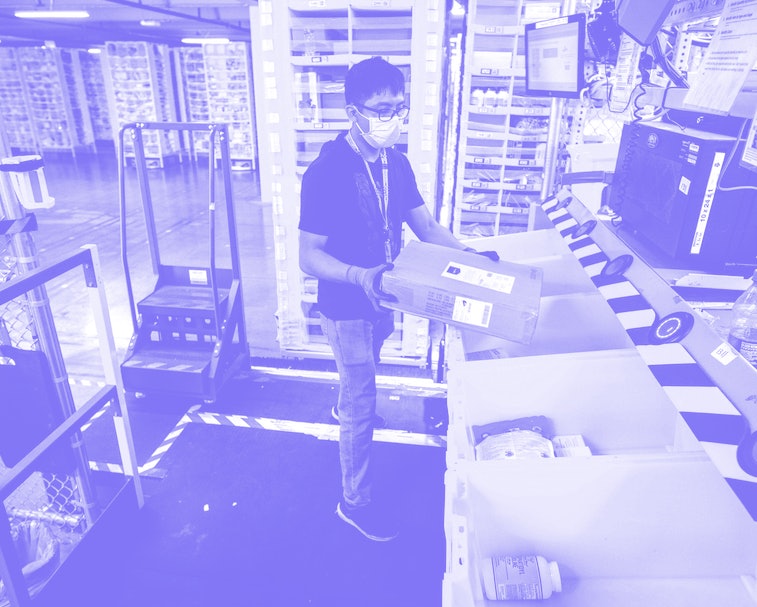 A second Amazon warehouse in Staten Island, New York voted on the issue of unionization this week — but this location’s union lost by a landslide. The LDJ5 center voted against organizing alongside the Amazon Labor Union, which formed after another Staten Island location voted in favor of unionizing. Of the warehouse’s 1,600 workers, 618 voted “no” while just 380 voted “yes.”

“No matter the outcome of the election, workers are uniting for change at LDJ5, JFK8, & around the world,” the @amazonlabor Twitter account wrote as the votes were being counted. “Mega-corporations continue to spend millions in union-busting + fear tactics & we continue to organize for a society not based on exploitation and greed...”

The LDJ5 sorting center originally filed for unionization right alongside the JFK8 facility that won its own unionization vote earlier this month and two other nearby facilities. Each facility later re-filed on its own — a move that likely helped JFK8 win its individual union election.

Not over yet — The LDJ5 center may have voted down the opportunity to organize with the Amazon Labor Union, but that doesn’t mean workers and their advocates will stop fighting for change. If other Amazon unionization efforts are anything to go by, there’s a very good chance the Retail, Wholesale and Department Store Union — the larger union through which the Amazon Labor Union is working — will file an official complaint about the vote.

In Bessemer, Alabama, the RWDSU has taken this route not once but twice. Amazon has taken every dirty tactic known to man and used it to fight budding unions across the country — and the RWDSU isn’t letting the tech giant get away with it.

If the National Labor Relations Board (NLRB) does find fault in Amazon’s anti-union activities in Staten Island, there’s a significant chance the LDJ5 facility will be granted another vote. Whether or not that vote succeeds is a different question entirely.

An uphill battle — To go up against Amazon, a veritable behemoth of business, was never going to be easy. Amazon has proven that correct at every turn, working to thwart unionization efforts in any way possible, legal or otherwise.

Already Amazon is attempting to overturn the winning JFK8 vote by saying the NLRB unfairly interfered with that election. The Bessemer Amazon facility is well on its way to a third vote, though Amazon is likely to use the same tactics again in the hope that workers will eventually lose interest. And then, even if any of these unions do succeed, they’ll need to work with Amazon to ratify a contract, a process that can take a very long time indeed.