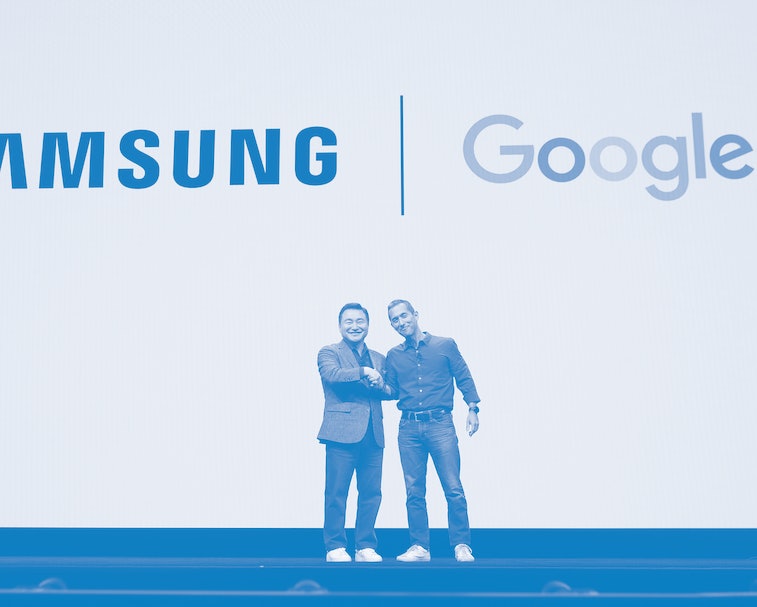 Samsung is reportedly in talks with Google to get rid of the much-maligned Bixby digital assistant and replace it with Google Assistant, according to Bloomberg News.

The potential deal, which is still mostly under wraps, would also give Google more prominence across searches on Samsung phones in the future. That includes promoting the Play Store and the Google Assistant over Samsung’s own alternatives.

Google and Samsung have long been partners in crime; the Korean company’s phones do run Android software, after all. But this deal would give Google much more weight in Samsung’s phone operations — which are still the largest in the world, with almost 300 million phones sold last year alone.

Tight-lipped responses — All we know of this potential deal is through correspondence viewed by Bloomberg News. Neither Google nor Samsung are ready to talk about the negotiations just yet.

“Like all Android device makers, Samsung is free to create its own app store and digital assistant,” a Google spokesperson said. “That’s one of the great features of the Android platform. And while we regularly talk with partners about ways to improve the user experience, we have no plans to change that.

Samsung remained similarly taciturn in its response. “Samsung remains committed to our own ecosystem and services,” a company spokesperson said. “At the same time, Samsung closely works with Google and other partners to offer the best mobile experiences for our users.”

This could be pricey — The negotiations between Google and Samsung could prove expensive for Google. As Bloomberg News points out, Google pays billions every year to be the default search engine on Safari across Apple’s suite of devices. The new proposed deal would be great promo for Google, but it would almost definitely come with a hefty price tag.

Bye, Bixby — Since its first introduction three years ago, Samsung’s in-house virtual assistant has shown little in the way of successful returns on investment. Where Google’s Assistant, Apple’s Siri, and Amazon’s Alexa have really taken off as of late, Bixby has mostly fallen short.

Samsung has attempted to make Bixby more of a useful icon like its fellow voice assistants, even at one point adding a physical Bixby button to its Galaxy phones.

More power for Google — Whether or not this deal ever actually comes to fruition could also be affected by today’s antitrust hearing, in which Google and other big tech companies are testifying about the extremes to which their power has grown. Google's increased presence across Samsung devices would indeed extend its reach in the smartphone sector. The future of this deal could very well come down to how the government feels about Google as a whole.