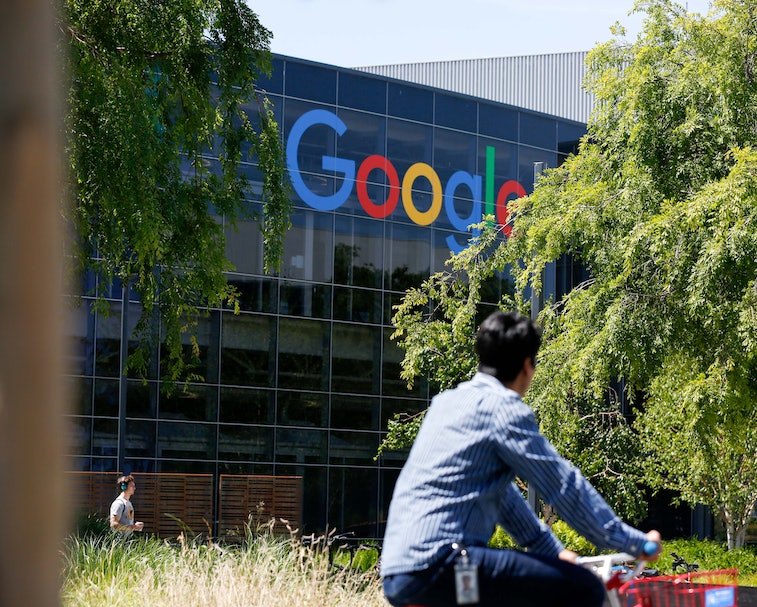 April Christina Curley, a queer Black woman and former Google employee, spoke up this week about the injustice she faced at the company while working there as a diversity recruiter. Curley recounts many instances of blatant disrespect from peers and managers — up to and including inappropriate and, at times, intense questioning of her identity.

Curley’s contract with Google was terminated in September despite “stellar performance metrics,” she writes in a Twitter thread. She believes her firing was “the best way to shut [her] up.”

Curley’s six-year stint at Google was focused on partnerships with Historically Black Colleges and Universities (HBCU), specifically by recruiting HBCU students for engineering roles. Before her addition to the company, Curley says, Google had never hired an HBCU student into a tech role.

What Curley witnessed in her time at Google is nothing short of damning for the tech giant. We can only hope Google is taking serious action in the wake of the allegations.

Phew — Curley’s work at Google was marred by experiences that she believes were driven by race and its intersections with other identities. In her Twitter thread, Curley says she was repeatedly denied promotions, had her compensation cut, was placed on performance improvement plans, denied leadership opportunities, yelled at, and intentionally excluded from meetings.

Some injustices were more egregious in their pointedness. A senior manager told Curley that the way she speaks — with a sometimes-heavy Baltimore accent — should be considered a disability and that she should disclose that when meeting with other employees. Curley also says her sexuality was questioned by managers and coworkers on more than one occasion.

This goes beyond just one employee — Curley’s experience is horrifying, and her testimony speaks to much larger issues at Google.

Besides her treatment by coworkers, Curley also writes about disturbing anti-Black sentiment in Google’s hiring processes. She watched as Google engineers left “demeaning and absolutely insulting feedback” on applications from Black candidates; she listened as HBCU students were questioned about the quality of their computer science curriculums compared to “elite white institutions.”

Google, of course, disputes Curley's version of events. "We have a large team of recruiters who work incredibly hard to increase the hiring of Black+ and other underrepresented talent at Google, including a dedicated team that partners and strengthens our relationships with HBCUs. This work is critical — in 2019 we welcomed graduates from 19 HBCUs and over the past decade, we’ve expanded our recruiting efforts to more than 800 schools. At the same time, we are absolutely committed to maintaining an inclusive and supportive workplace," a Google spokesperson told Input via email. "We don’t agree with the way April describes her termination, but it’s not appropriate for us to provide a commentary about her claims."

Curley’s experience is, unfortunately, unsurprising; Google has been accused of rolling back diversity programs in the past to sidestep criticism from conservatives both inside and outside the company. It’s clear from Curley’s posts that her experience, too, is just the latest in a litany of reports of a troubling anti-diversity streak that runs throughout Google’s ranks.

This summer, Google vowed to increase its company diversity in the next five years. Based on Curley’s time at the company — and other, similar accounts — weeding out Google’s diversity problems will be no small task.