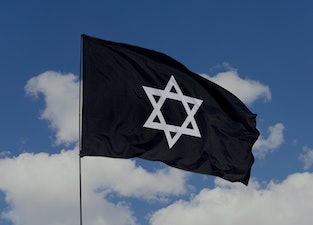 The estimated collective views for over 700 social media posts flagged for antisemitism.

Using data collected between just May and June of this summer, the CCDH reported on 714 posts employing hate speech and antisemitic tropes including Holocaust denial, blood libel conspiracies, stereotypical caricatures, and explicit neo-Nazi phrases to moderators. On average, just 16% of those posts were taken down or flagged for content violations, while the rest were allowed to remain, which the CCDH estimates to have collectively amassed over 7.3 million views. Broken down by platform:

Keep in mind that this is just a cross-section taken between May and June 2021... And if that’s not enough to crush your soul, the CCDH explains that these numbers are on par for its studies on social media companies’ responses to COVID-19 and vaccine misinformation. Oh, and speaking of which: This. This right here. Goddamnit.

The CCDH’s recommendations — Surprisingly, the Center for Countering Digital Hate’s primary suggestion wasn’t unplugging everyone’s internet connections and tossing our computers into the nearest body of water. Instead, the CCDH offered such potential counter-methods as instituting harsher financial penalties for content moderation failings, hiring and training additional moderator teams, removing CCDH identified antisemitic groups on these platforms (totaling 38,000 members), and policing hashtags, as well as banning any and all accounts directly sending abuse to Jewish users.

Of course, the online platforms in question do these kinds of things already (so we’re told), but clearly don’t invest nearly the necessary resources or time required to truly counter the horrific hate speech and abuse each outlet fosters. The sad truth is that those kinds of traffic numbers are vital to each company’s profit margins — fewer people using their sites means less ad revenue, and fewer troves of our much-coveted personal data to mine for vast sums of money. Facebook, Twitter, YouTube, and elsewhere have been quite aware of the vitriol fostered within their sites for years... they just don’t care about it unless more people shine a direct light on what’s festering within them.