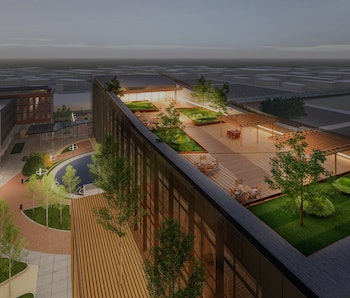 Apple announced this morning that it will be opening an educational technology center in Atlanta, Georgia, to work with historically Black colleges and universities (HBCU) and boost the education of typically underserved communities. The project is part of the company’s $100 million Racial Equity and Justice Initiative, which it announced last summer in the wake of George Floyd’s murder.

The education center in Atlanta will be called the Propel Center; Apple calls it a “first-of-its kind global innovation and learning hub.” The tech giant is also opening an Apple Developer Academy in Detroit, Michigan to support coding and tech education for students there.

CEO Tim Cook has been vocal about Apple’s commitment to racial justice in the United States, and these latest initiatives are no exception. “We are honored to help bring this vision to bear, and to match our words and actions to the values of equity and inclusion we have always prized at Apple,” Cook said in a statement.

Many tech companies made high-flying promises of racial justice last summer, but many have fallen short on making them reality. Apple is one of the rare exceptions to that rule.

Concrete change — Apple’s Racial Equity and Justice Initiative is more than just pretty words now — the company is using its wealth toward action with the potential for real impact. The Propel Center, for example, is being created in conjunction with Ed Farm, an organization that promotes innovation and educational equity. Ed Farm has a long history of meaningful change; it will no doubt help Apple’s funds and resources go to good use.

Apple is also creating two new grants to support HBCU engineering programs to help them develop curriculums in conjunction with Apple experts. This, along with extended scholarship offerings to 100 new Apple Scholars from underrepresented communities, will break down one of the biggest barriers to entry in the tech community: startup funds.

Take notes, everyone — The tech industry has deep-seated problems with racial inequality. It’s a story we watch unfold time and time again: once brought to light, tech corporations throw out a chunk of change, write up a nice statement or two, and then move on with their executive lifestyles. More often than not, this PR-focused approach fails miserably.

Apple’s sustained efforts stand in direct contrast to this norm — and, call us naïve, but Cook and company are actually giving us a modicum of hope here. Because of Apple’s initiatives, members of Black and other underrepresented communities will have the chance to enter the tech industry. We’re not “solving” racism here — but hey, it’s a start, and a pretty great one at that.