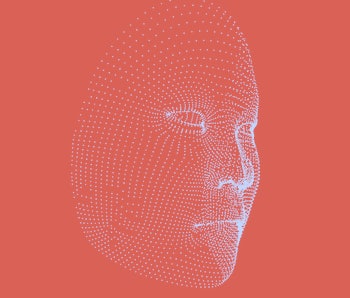 This week sees the (all-digital) return of the massive Consumer Electronics Showcase, or CES, which can only mean one thing: the return of Apple dunking on CES. Just in time for Day One of the event, the iOS purveyors dropped two new ads — one for Face ID and one for Apple Pay, both pointedly drawing attention to the company's focus on customer privacy and data security. Apple has long been a no-show at CES, despite finding ways of making its presence and influence felt, all the same. Check out the two quick spots below.

Pointing out privacy policy — The two advertisements continue the tech giant's trademark minimalist aesthetic, pointing out that "Face ID is stored on your iPhone. It isn't even shared with Apple," and that "Apple Pay is designed to work without Apple knowing what you buy."

The reminders come as CES draws thousands of attendees and vendors shopping their own tech-related products. For 28 years, Apple skipped out on showing up at the conference until last year, when it sent a representative to sit on the panel, “Chief Privacy Officer Roundtable: What Do Consumers Want?" The year prior, the company bought billboards around Las Vegas during CES that also focused on consumer data privacy, so it appears as though the new strategy for Tim Cook is the Big Tech equivalent of "Seen, Not Heard." Which is kinda ironic, when you really think about it.

The timing is everything — Apple's privacy push notifications (get it?) come at a time when data security is front and center in global policy discussions. Hell, the debate has even recently cropped up in the sex toy industry. And while it's all well and good for Apple to cheekily hype its security features to consumers, don't buy the branding that the company is in any way ethical or operating in the best interest of all humanity. After all, this is still a mega-corporation allegedly employing forced Uighur labor in China, and one that only bows to public pressure after considerable damage has already been done.

Sure, it's great (and only right) that important personal information utilized by services like Apple Pay and Face ID remain solely within devices themselves, but let's not forget the atrocities that go into building said devices, or how those devices can be implemented by violent, bad faith actors like a bunch of MAGA chuds storming the U.S. Capitol building.

More like this
Andrew Paul
17 hours ago
:(
Mastercard thinks forcing you to smile for capitalism isn't creepy at all
Andrew Paul
5.11.2022 5:11 PM
Snake on a Plane
Some jerk AirDropped plane crash pics to fellow passengers at takeoff
Andrew Paul
5.16.2022 7:43 PM
Sit Down
Elon Musk is picking fights with Twitter execs and losing