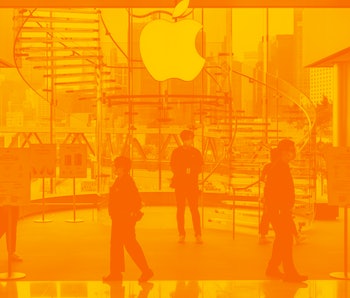 The news comes after months of increasing pressure and antitrust investigations involving the Big Tech company’s monopolistic, “mafia extortion” strategies. Under the new changes, developers will be able to use customers’ contact information collected in-app to inform them of outside payment options, none of which would be subject to any of Apple’s taxation policies.

Apple says it hopes its concessions “pending court approval, will resolve a class-action suit from U.S. developers,” later adding that the revised terms of agreement “will help make the App Store an even better business opportunity for developers, while maintaining the safe and trusted marketplace users love.” How kind of it.

Still avoiding the inevitable — Under the latest arrangement, developers could conceivably design a system in which all financial transactions could be handled outside of the app / App Store, but that is obviously a far more cumbersome plan than simply forking over Apple’s cut for simplicity's sake.

Also, this would still require customers to opt-in on allowing app developers to contact them, many of which will not take kindly to even more inbox clutter. There is an easier solution to all this, but Apple still refuses to acknowledge that its greed continues to get the better of it... even when it knows the current model isn’t sustainable.

Expect more changes to come — In all likelihood, however, this seemingly minor announcement on Apple’s part will only be the first in a string of future business reforms. Given the number of lawsuits, antitrust investigations, and overall frustration with the company, consumers will hopefully begin seeing some more flexibility in the world of Big Tech in the months and years to come.

Privacy is still an entirely different issue — When it comes to Apple’s recently announced privacy policy changes, however, things don’t seem to be moving in a better direction. Earlier this month, the company unveiled a new image hashing system billed as a better means to police child sexual abuse materials.

While positive-sounding at face value, the new program relies on complex AI software to basically “see” users’ photos, including encrypted ones, for possible illegal content... which is an entirely new can of worms for privacy advocates and pretty much anyone not comfortable with Big Tech seeing every facet of your life.