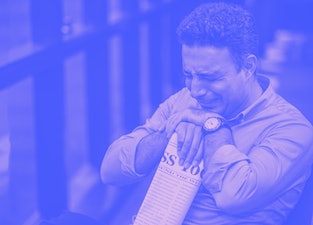 How many more watches Apple sold than Swiss watchmakers in 2019

Veteran giants in the watch-making industry are beginning to feel the pressure, heat, and naked competition Apple has created for them. According to a press release from Strategy Analytics, Apple's smartwatch outsold Swiss watches considerably in 2019, moving 31 million units to the Swiss brands' 21 million.

To put that in perspective, Apple's standalone brand shipped more than the entire Swiss watch industry (brands such as Rolex, Patek Philippe, Tissot, and Swatch) by 10 million devices. This 2019 figure is a stark contrast to the number Apple reported in 2018. In that period, Apple shipped 22.5 million Apple Watches while the Swiss shipped 24 million. The tides have evidently turned.

What's the secret ingredient? — There are dozens of theories as to why Apple's device boasts such popularity but according to Strategy Analytics' senior analyst Steven Waltzer, it comes down to several things. "A blend of attractive design," Waltzer said, "user-friendly tech, and sticky apps makes the Apple Watch wildly popular in North America, Western Europe and Asia." Also, it has a starting price tag of $399. The most inexpensive Rolex clocks in (yes, pun intended) at about $5,000.

Similarly to how the iPod became a cultural icon that altered the way we listen to music and the iPhone changed our perception of what a "phone" was and did, the Apple Watch is forging a similar path when it comes to timepieces — upending centuries of ideas about what style, functionality, and price-point should look like in a timekeeper. A great mechanical watch may never truly go out of style, but like vinyl, those devices now seem destined to become the domain of total nerds with a lot of money to burn.