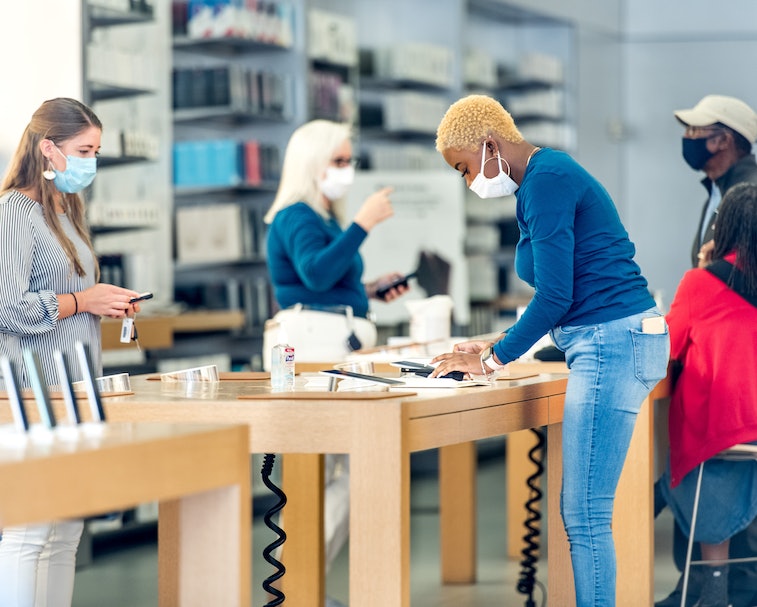 Apple is set to finally launch a trade-in program for its full line of Mac computers in its retail stores beginning next week, according to a report from Bloomberg.

The program appears to be similar to those already in place for iPhones, iPads, and Apple Watches. Apple plans to open the program on June 15 in the U.S. and on June 18 in Canada.

Customers have been able to trade in their used Macs on Apple’s website for a long time, but the company has never extended that program to its retail stores. This will come in handy once the COVID-19 pandemic has calmed down and we’re ready to shop in a physical store again.

Minimal details — Apple hasn’t made any official announcements about the program yet, which means details are scarce. We only really know the basics at this point.

Like the existing trade-in programs for Apple’s other devices, users will be able to stop by a store and trade in their Mac for credit towards a new computer or an Apple gift card. No cash option here.

A little boost — Apple, like most companies, is worried about the economic fallout of COVID-19. Though the company reported stable sales for the first part of 2020, the company has also warned investors that overall profits will likely dip for the second quarter of the year.

With millions of Americans still filing for unemployment every week, the number of people with enough funds to buy a new MacBook is dwindling. As Bloomberg points out, the retail store trade-in program could be the perfect motivation for customers to purchase a new Mac computer, thereby providing a much-needed sales boost for Apple.

As we inch closer to Apple’s virtual WWDC event on June 22, we’re seeing lots of speculation that the company will release some even wilder macOS computers. There’s a rumor floating around that we’ll be seeing a new iMac that looks almost like an iPad Pro, with thin bezels and Apple’s fancy Fusion Drive. It’s also looking like Apple might finally release a series of Macs powered by an in-house ARM-based CPU, based on the iPhone’s A14 chip.

Apple is launching this program at kind of a strange time, seeing as at least 200 of its retail stores across the U.S. are still closed. So it will be a while until we see whether or not the new Mac trade-in program is a success. Either way, it's nice that it will now be much easier to trade in your old Mac when you're grabbing a new one.