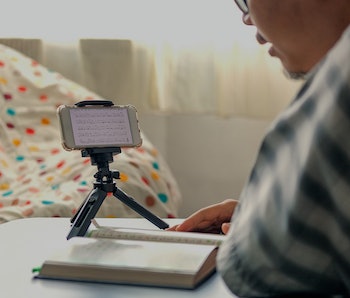 One of the world’s most popular Qur’an apps is now unavailable to Chinese residents after Apple acquiesced to the nation’s government, per a report from the BBC. Quran Majeed, currently ranked #21 in the App Store’s “Reference’ category, is available in 154 countries according to the monitoring database, Apple Censorship; China is the only outlier.

Government officials haven’t responded to requests for comment, although the BBC alleges “hosting illegal religious texts” is the reason for its removal. However, Quran Majeed’s maker, PDMS, states that “according to Apple, our app Quran Majeed has been removed from the China App Store because it includes content that requires additional documentation from Chinese authorities.” PDMS adds that it is “trying to get in touch with the Cyberspace Administration of China and relevant Chinese authorities to get this issue resolved".

It’s probably also worth noting that one of Apple’s largest glass manufacturers allegedly employs forced labor of Uyghur Muslims, which might be one of the reasons it’s so quick to censor whatever China requests.

Continued targeting of Muslims — China technically recognizes Islam as a religion within the country, but it has long waged an ethnic cleansing campaign against the nation’s Muslim Uyghur population in the region of Xinjiang. Apple, despite claims to the contrary, is notorious for choosing profits over ethical stands. As mentioned above, China is also one of the company’s largest markets, as well as a crucial supplier of manufacturing materials for Apple products.

Tim Cook’s conundrum — Apple and its CEO, Tim Cook, love to tout human rights and ethics when it comes to stateside issues such as the Trump administration’s blunt bigotries, but it’s often an entirely different matter when it comes to overseas markets. Of course, Apple isn’t alone regarding adhering to China’s policies, but it’s certainly a good reminder to take everything Apple says about personal rights and privacy with a grain of salt.