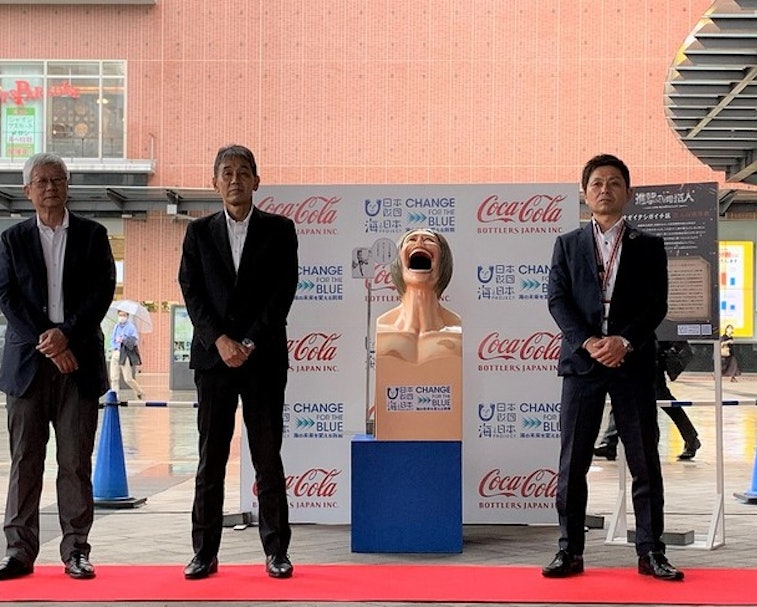 Attack On Titan captures all the most grotesque elements of what an anime can be — humanoid giants that are as malicious as they are powerful. Filled with gore and violence, the series positions the protagonists at a severe disadvantage, which works to create actual stakes. Now imagine seeing titans in real life, in the form of garbage and recycling receptacles. The good news (or bad) is that you can, but you’ll have to be in Japan to do so.

In an effort to promote urban cleanliness and recycling, the Japanese arm of Coca-Cola has engaged in a collaboration of sorts with local officials and, presumably, people involved with the anime series. Check out some of these monstrosities:

While the trash cans will certainly turn heads, they will only be installed until November 22. For any Attack on Titan enthusiasts out there, better book your tickets now!

Scare them into sustainability — If you wanted more people to be aware of their local urban sanitation, lifting some of the most terrifying villains in recent anime history is a good place to start. Because of their size, these trash cans and recycling bins actually give a fairly accurate idea of what titans would look like if they were real. Now we just need this AI to be able to give the complete picture.

This initiative wasn’t the first time Attack On Titan IP was used to encourage more environmentally-conscious behavior either. Earlier this year another Attack On Titan recycling bin was used to collect polyethylene terephthalate bottles. This makes me think about what exactly would resonate the same way in America... Peter Griffin? Homer? Mechanized Tom Brady?

More like this
Maya Ernest
Sep. 17, 2022
Style
Check out these sustainable travel bags before your next trip
Annie Rauwerda
Sep. 19, 2022
Culture
A ragtag community is keeping this aughts Wikipedia gadget alive
Will Gendron
Sep. 16, 2022
Culture
Jay-Z and Jack Dorsey's Bitcoin Academy is not going over well