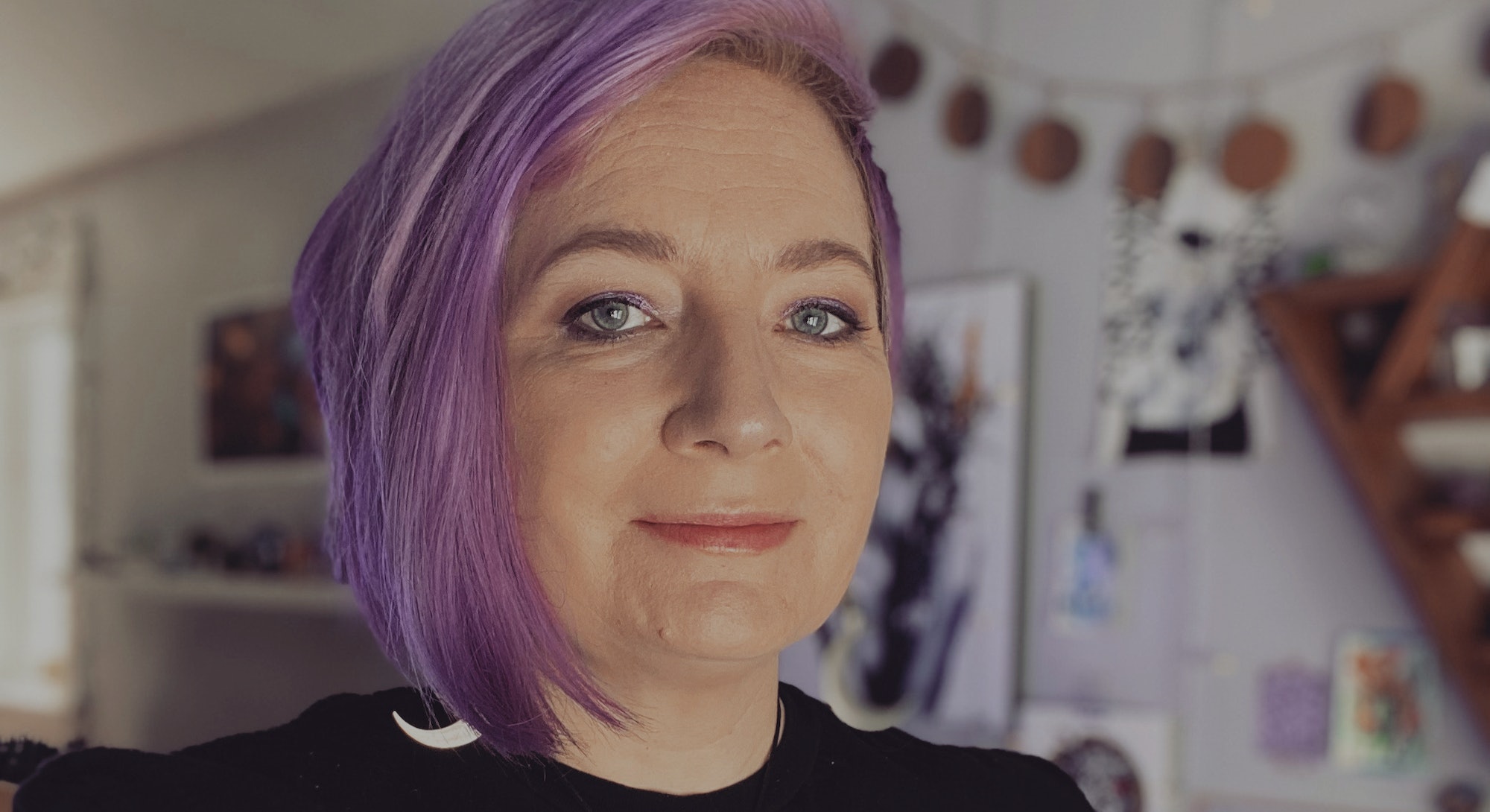 Shortly after graduating college in 2017, Haley Rene was diagnosed with Multiple Sclerosis. The diagnosis made her feel powerless, and she yearned for something that would complement her medical care and give her a sense of control. She settled on Reiki as a solution.

Reiki is a form of energy healing that originated in Japan and usually involves light touching and movements of the palm designed to improve the flow of energy through the body. Rene found it to be a powerful tool that helped her manage her MS symptoms, including brain fog, anxiety, and fatigue. She was inspired enough that she became an official practitioner in 2019. By the end of 2020, when the pandemic was in full swing, she decided to start making TikTok content.

“The cool thing about Reiki is that it doesn’t need to be in physical proximity to the receiver,” says Rene, 27, who works as a fulltime Reiki practitioner from her home in Alberta, Canada. She often conducts distance Reiki — a form of the practice thought to transmit energy across time and space without direct touching — via Zoom for her IRL clients.

“So when everything started shifting online during the pandemic, it gave me an opportunity,” she adds. Her @haleyrenereiki account has 123,800 followers; her videos are a mix of Reiki, breathwork, and wellness tips, designed to encourage and uplift the viewer.

Rene is one of a number of Reiki healers who engage in “aura cleansing” on TikTok. In their videos, influencers — who are mostly white women — wave their palms over their phone cameras to a soundtrack of ambient music. The clips, which are quietly taking over TikTok users’ For You pages, are supposed to refresh, uplift, and heal viewers, and are conducted for free by practitioners trying to drive traffic toward their IRL businesses and spread “healing energy.”

According to Brianna Commiskey, a 41-year-old Reiki practitioner and candlemaker from Vermont, aura cleansing is a modern term designed to help viewers understand what TikTok healers are doing to their energy. “It’s a nice way to let people know that it’s just surface level, like a light energy massage or brushing,” she says. “Something that feels really calming and nice.”

Commiskey, whose @tipofthemoon account has more than 170,000 followers, believes aura cleansing videos help people to connect with, and release, any emotional tensions they might be harboring. “It helps people to recognize that they’re holding on to an argument with their mom, or a breakup, and then they can let it go,” she says. “It’s less scrubbing yourself clean and more allowing yourself to wash away things that have been holding you back.”

Commiskey thinks the positive, and grounding, nature of Reiki content is behind its success, as it provides TikTok users with a welcome break from the endless churn of fast-paced content that they scroll through each day. “When people are on TikTok, they're usually very dissociative at that moment, because they’re just watching videos and trying to escape,” she says. “When they watch aura cleansing videos, they start being more aware of where they're at. It puts them back in their body.”

Angela Richardson, a 47-year-old biomedical scientist, radiology lab worker, and Reiki practitioner from England whose @empoweredcrystals account has 15,600 followers, says Reiki doesn’t just put people back into their own bodies — it helps them heal their physical selves. “Cleansing is like a mini-meditation focused on positivity,” she says. “When your positivity improves, your cells act differently, and your immunology acts differently.”

Richardson points to studies of affective immunology that show that our emotional wellbeing impacts our physical health. She believes that Reiki is a way of tapping into a positive mindset, which can help people to heal. “I know the medical profession says it’s just placebo,” says Richardson, who has come across plenty of doctors who disregard affective immunology. “But who cares if people are feeling better? Placebo is a powerful thing — although personally, I believe something real is going on.”

According to experts, it very well could be. “Reiki is deeply relaxing, eliciting the parasympathetic nervous system, which is associated with ‘rest and digest’ functions, as opposed to our sympathetic nervous system, which is associated with fight or flight,” says president of the Center for Reiki research Dr. Natalie Dyer, a neuroscientist who has conducted postdoctoral research at Harvard.

“Effects associated with this include reduced blood pressure, reduced heart rate, and reduced inflammation,” she continues. “It is particularly useful for relieving anxiety, stress, and pain.”

“There’s this idea that the energy we’re working with is a universal life force not bound by time or space, so you’re projecting the energy to the recipient through the video,” explains Rene. “Distance Reiki is attached to the original practice. In my videos, I do everything that I would do if I was doing an in-person session.”

Richardson even thinks that TikTok Reiki sessions have advantages over IRL ones. “I think it gives better results than in-person because people are relaxed and they can watch it when they really need it,” says Richardson, who uses Reiki, along with crystals from her side hustle, a Reiki jewelry business called Empowered Crystals, to recalibrate her own energy at night. “I know if I can’t sleep, I’ll go onto TikTok or YouTube, and watch my favorite Reiki healer. It’s so much better having it on tap.”

Still, not all Reiki content creators are equal, and TikTok practitioners want viewers to know that there are limits to the practice. “I do think that the respect has kind of gone out a little bit in terms of the origins of Reiki. I’ve seen videos that promise snatched bodies and weight loss through 60-second sessions,” says Rene.

“You’re not going to watch a video and suddenly meet the love of your life or lose 10 pounds,” she adds. “ I think that’s preying on people’s pain points. If something’s overly clickbaity, or promising a specific result, that’s misleading.”

Thankfully, there are ways to spot good Reiki while scrolling. “There are telltale signs,” Richardson says. “You’ll get heat around your forehead, like a tingling around your face. There will be a feeling of energy coming from the screen, and you’ll feel relaxed. When you’re watching a bad video, you’ll see someone doing something that’s supposed to be relaxing and it just doesn’t have those same instant effects.”

While viewers will need to take care when picking Reiki practitioners to follow, content creators in the space believe that online Reiki, when done properly, can be a welcome addition to anyone’s routine — and now is the perfect time to start.

“Spring is that time when we’re starting to look ahead at the year. So, if you can reset yourself energetically, that's a great intention,” Commiskey says. “It doesn’t necessarily mean that somebody on TikTok needs to do it for you. It's just important to connect with your energy.”

🧹 Spring Cleaning Issue 2022: Let us help you reset your cluttered home, cleanse your grimy gear and messy digital life, and whip this season's wardrobe into shape.