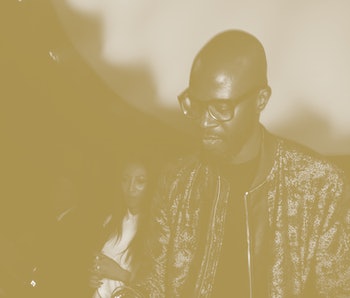 On Thursday, tour-tracking service Bandsintown announced a new feature that notifies fans when an artist is starting a live-stream. The free feature can alert fans to “watch live” on Facebook, Instagram, Twitch, YouTube, and other platforms. Artists will be able to promote these streams on their Facebook pages, Instagram stories, and wherever else Bandsintown listings are integrated.

The company also snagged a Twitch channel which will stream the Bandsintown Live Music Marathon on March 26 and 27, according to Billboard. Donations during the marathon will benefit the MusiCares COVID-19 Relief Fund. The lineup, which is expected to showcase a mix of established and new artists, will be released next week.

A new revenue model — These days, musical artists make the bulk of their money from touring and merchandise. With social distancing in effect almost globally at this point, many artists will lose a chunk of their income. Live-streaming offers an opportunity to help quell some of the losses.

DJ Black Coffee christened Bandsintown’s Twitch stream on Friday, with nearly 74,000 views. All proceeds from the Twitch channel will go towards the MusiCares COVID-19 Relief Fund for the foreseeable future. Individual artists can take advantage of Twitch, where they can make money from subscribers and tips, but for now, many artists also seem focused on charitable donations.

How does this impact concerts and music festivals? — As social distancing becomes more normalized, we’ll likely see more virtual concerts for direct financial gain. Though bigger artists won’t have the same returns, across the board, live-streams should cut out or diminish some costs like production and promoter fees.

This shift could ripple over to music festivals which have mostly been canceled or pushed to the fall. Dozens of music festivals pop up in the U.S. each year, but there’s a fairly static festival circuit for Top 40 acts and rising stars. There’s often some overlap, especially for mid-tier and indie artists that use the circuit for exposure.

In addition to hampering name recognition, the festival and concert shuffle will upend tours far beyond the immediate cancellations. For example, Tame Impala will now play Bonnaroo in September, a month after their 2020 tour was meant to end.

In order to recoup costs or simply keep their word to their fans, artists could turn to services like Twitch to keep “touring.” Depending on how long domestic and foreign borders are closed, they may well be forced to. Those on major labels can likely sustain postponing tours until next year, but smaller artists may be pushed to try more entrepreneurial solutions. If this avenue proves successful, it could further democratize the industry (see: promoter fees) and even encourage paid live-streams from future physical shows.

More like this
Will Gendron
6.16.2022 9:00 PM
Culture
Anna Sorokin hopes to part with scammer identity by... pivoting to NFTs
Jessica Lucas
6.24.2022 1:25 PM
Over the top
Devon Larratt and the dramatic rise of arm wrestling YouTube
Will Gendron
6.18.2022 3:15 PM
Who's that?
Trick people into thinking you're Morgan Freeman with Voicemod's new AI freeware