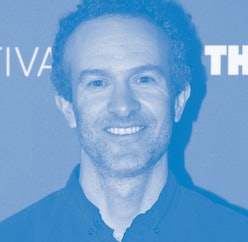 Last week, Basecamp found itself the subject of both internal and public disdain after CEO Jason Fried banned any talk of politics in the workplace. This led to a mass exodus at the software company; some twenty-odd employees just up and left their positions.

Today Fried is back with a new blog post, this one slightly more apologetic than the last few.

“Last week was terrible,” Fried writes. “We started with policy changes that felt simple, reasonable, and principled, and it blew things up culturally in ways we never anticipated. David and I completely own the consequences, and we’re sorry. We have a lot to learn and reflect on, and we will.”

Fried is right; last week was pretty bad for Basecamp, both for the company’s internal operations and for its public-facing image. Fried’s newly apologetic tone is a welcome change from his previous stance, in which he showed a pretty distressing steadfastness to his no-politics call. This being said, Fried’s apology is a little light on addressing the actual cause of this scandal: the policy itself.

Getting right back into it — Fried’s latest post is sparse. It’s divided neatly into three segments, each addressed to a different audience. The first is directed at those Basecamp employees who decided to leave the company. To them, Fried writes that he knows they’ll “go on to do great things.” He says the team will miss them.

Second is addressed to the remaining staff, to whom he actually does apologize — though not for the no-politics policy. Instead Fried says he’s sorry they had to watch their colleagues leave the company. Alright.

He then takes a moment to address Basecamp’s customers, reminding them everything is still up and running, and that customer support is available as it always is.

“We’re in it until the end of the Internet,” Fried concludes. “We will regroup, rebuild, and get back to the business of making great software. Thank you.”

Basecamp isn’t changing — At face value, Fried’s post comes across as somewhat earnest and apologetic. The overall message here tells a different story, and it’s one that’s mostly a continuation of Fried’s same narrative: we still think we made the right call.

Fried does not detail any ways in which he expects Basecamp’s internal culture to change following this scandal. He does not mention the no-politics policy at all. He does not tell his side of the story around the messy company culture that led to that policy change.

Fried’s apology, in all its vagueness, reads as disingenuous and doesn’t do much at all to clean up the “terrible” week he references. We won’t hold our breath for radical change over at Basecamp.