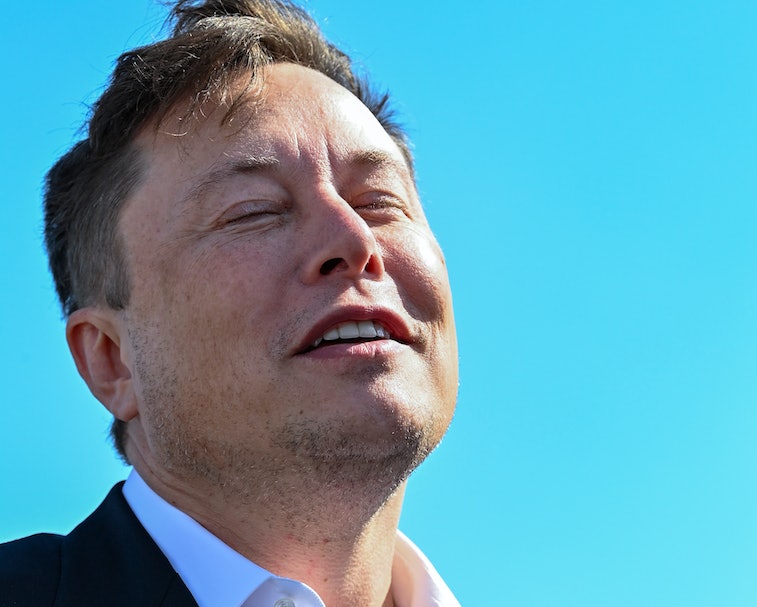 Elon Musk has for months expressed his bewilderment that someone he recently referred to as a “damp sock puppet in human form” hasn’t had the courtesy to say “Hi” to him since becoming President of the United States. Despite being given an answer directly from White House Press Secretary Jen Psaki as to why (union-busting, the answer is union-busting), the Technoking has regularly heckled Joe Biden from his platform on Twitter — a soapbox currently reaching more than both the @POTUS and @JoeBiden accounts combined.

However, it seems that Musk has finally gotten his wish this week. During a speech yesterday promoting American industry, President Biden extolled the work coming “from iconic companies like GM and Ford building out new electric vehicle production to Tesla, our nation's largest electric vehicle manufacturer.” Let this be a lesson to everyone out there: Don’t let anyone tell you your inordinate wealth and weaponized legion of fans can’t force a sitting U.S. President to begrudgingly admit that, yes, both you and your dangerous, deadly cars really and truly exist.

Getting off on a technicality — Musk has groused for months like a Silicon Valley Rodney Dangerfield about the lack of respect he gets from the Biden administration, but his complaints unsurprisingly lack the larger context. Although it’s true that Tesla is far and away the country’s largest EV manufacturer, its products consistently showcase shoddy design and reckless tech decisions, all led by a man who has seemingly embraced his role of “Chaotic Neutral Willy Wonka.”

Biden surely sees all this as well as the rest of us, and thus has been understandably reticent to throw any bones the Technoking’s way. For all his administration’s faults, the plan to roll out a $4,500 tax credit to union-made EVs is a solid idea... unless you’re Elon Musk, of course, who is still touting the line that unions are counterintuitive to industrial progress. Musk wants a seat at Biden’s table but is seemingly unwilling to make any concessions. Hopefully, he’ll be satisfied by this week’s shoutout, although something tells us that’s less likely than a Tesla obeying traffic laws while in Full Self-Driving mode.