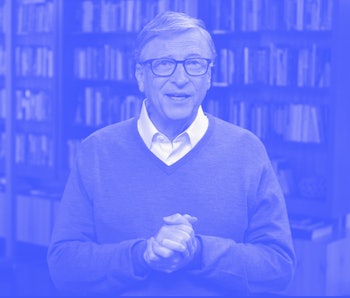 COVID-19 conspiracy theories follow Microsoft co-founder Bill Gates everywhere he goes. But the unhinged nature of those claims being paraded online by the tinfoil-hat crowd has failed to silence the former techie-turned-philanthropist. In his latest interview with Wired, Gates pulled no punches about the current federal government's approach toward the coronavirus and how testing methods in the United States are "completely garbage."

When it comes to outpatient settings, COVID-19 testing in the United States is frequently delayed by a week or even more, which renders them medically compromised, and gives people who are infected plenty of time to infect others before they know to be cautious.

Given that public health insurers have low reimbursement rates for these examinations, they are less likely to bolster their testing efforts. Stimulus packages for such tests could strongly improve the scenario but, right now, the wealthy are more likely to have better access to testing. It's something Gates discusses:

The majority of all US tests are completely garbage, wasted. If you don’t care how late the date is and you reimburse at the same level, of course they’re going to take every customer. Because they are making ridiculous money, and it’s mostly rich people that are getting access to that. You have to have the reimbursement system pay a little bit extra for 24 hours, pay the normal fee for 48 hours, and pay nothing [if it isn’t done by then]. And they will fix it overnight.

It doesn't end there — When asked by Wired why the federal government wouldn't conduct a full overhaul of the current COVID-19 testing system, Gates summarized the issue in the following words:

Because the federal government sets that reimbursement system. When we tell them to change it they say, “As far as we can tell, we’re just doing a great job, it’s amazing!” Here we are, this is August. We are the only country in the world where we waste the most money on tests.

America's abysmal COVID-19 response — Time and again, numerous reports have highlighted the federal government's initially delayed response to tracking the coronavirus. London's Imperial College carried out a study on the official American response and strongly suggested that the country could have prevented close to 90 percent of COVID-19 deaths if it has executed lockdown methods by the first week of March. Instead, it dragged its feet. Amid a stunning shortage of Personal Protective Equipment (PPE), the delay led to a massive and debilitating burden on the under-funded public health system.

For the tech tycoon who now spends most of his time as a philanthropist, federal hiccups around handling the pandemic are disappointing but not shocking. Like a doomsayer, Gates had already predicted that the global system — in its present iteration — would crumble under a viral outbreak. In most cases, it's vindicating to be right. But in the case of a viral outbreak that has killed over 150,000 people in the United States alone and more around the world, being right feels less like an achievement, and more like a tragedy.