"If a person drove that recklessly, they would fail their driver's test, and if Full Self-Driving can't pass the test, it should not be allowed to be driving on our roads.” 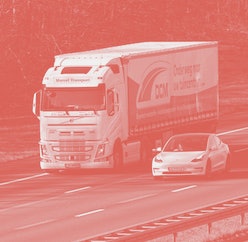 There are plenty of reasons to hate on Elon Musk, but Dan O’Dowd is one of the only people we know of that’s taking that disdain and turning it into a Senate run. The billionaire — once general manager of the Colorado Rockies — has decided to run for U.S. Senate to “make computers safe for humanity.” His first target: Tesla’s Full Self-Driving technology.

Though O’Dowd’s campaign has alluded to broader issues being in his Senate pipeline, Full Self-Driving is definitely his singular focus at the moment. A bold vendetta, but perhaps not the easiest way to actually win a Senate seat.

The video works — As a single-issue campaign, O’Dowd really needs to hammer home why he cares so much about Tesla software. His campaign video does so surprisingly well; in just a minute’s time, the video depicts enough Full Self-Driving mishaps in a row that the whole really speaks for itself. These are exactly the kind of videos that have scared some companies away from using the term “self-driving” at all.

O’Dowd’s campaign is paying $2 million so the ad can play in 36 states — a strategy that, ludicrous as it is, will actually bring the issue to audiences that haven’t really been paying attention to it. This kind of awareness is really O’Dowd’s goal.

Please don’t vote for this guy — As much as, yes, Tesla’s Full Self-Driving beta is not safe enough for public roads, that alone isn’t really what we need in a senator. We’ve seen what happens when filthy rich businessmen are voted into seats of political power.

As Electrek points out, it’s also notable that one of O’Dowd’s companies, Green Hills Software, develops a significant amount of automotive software, including — you guessed it — automated driving systems. O’Dowd may really believe in the lack of safety coming out of Tesla’s self-driving software, but we can’t count out some profit-driven reason for his Tesla tirade.