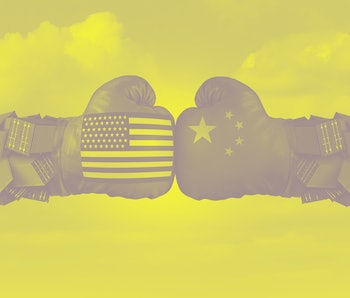 America's obsession with remaining the lone superpower of this world has naturally sparked a trade war with its top contender, China. Skeptics may think the trade tensions are overblown but according to Bloomberg data, America has abundant reason to be concerned about China's technological power.

It's a stark change compared to what the index showed in 2013, Bloomberg reported. Although America remains the main world power with high patent development and tech innovation, its development gap with China has rapidly decreased. In 2013, China was at the 29th position in Bloomberg's index. Today it is at the 15th mark with expectations to advance even higher up the list.

Losing the education edge — Of particular note, America is languishing in the education sector, according to Bloomberg. Since 2013, it has dropped to the 47th position in the global index. The report compares America's low performances from students, poor scores in mathematics, and lower rates of science graduates with China's increased success in mathematics studies, higher rates of PhD students in research and development, and investment in sciences. All of this, however, may not come as a surprise to those who justifiably criticize the conditions of public education in the United States.

Send it to the White House — Given the picture the report paints, Donald Trump would do well by reading it. While the Trump administration has emphasized blacklisting China, economists for the Bloomberg report insist that tariffs alone will not secure America's position.

It comes down to, they say, actually investing in public education and research, not gutting these crucial programs as the Trump administration has repeatedly done.