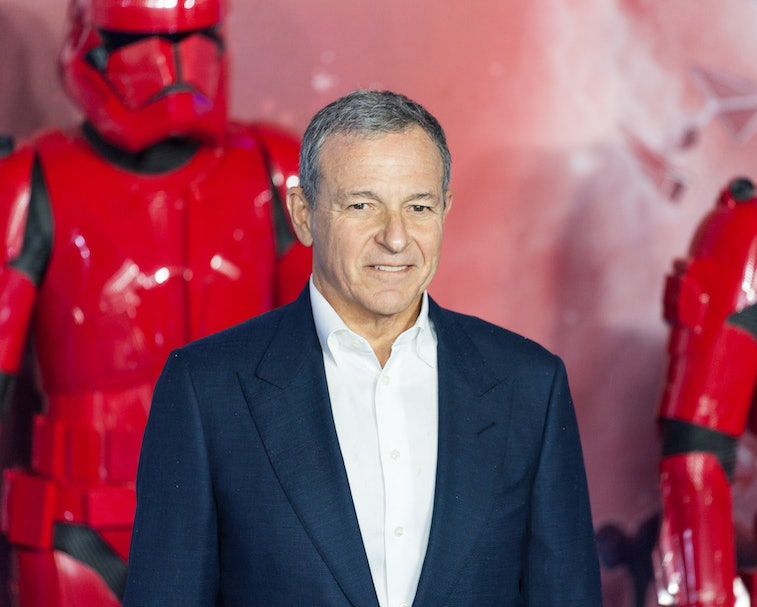 It's official. Bob Iger is stepping down as Disney's CEO and will be replaced by Bob Chapek. To be clear, though, this doesn't mean that Iger will completely bow out of company affairs. According to a press release circulated on Tuesday, Iger will be in charge of managing creative endeavors through December 2021.

Chapek as the sensible choice — This is the seventh CEO to spearhead Disney. Before Iger stepped down, names for his successor had already been circulating, including Disney's chairman of its direct-to-consumer division, Kevin Mayer. As a possible contender, Mayer had accomplishments like the growth of 28 million subscribers to Disney+'s platform under his belt. Still, Chapek ultimately won this round and that most likely has to do with having 27 years of experience in managing the company's parks, consumer products, and studio business divisions.

Chapek has closely worked with consumer products — That means the new CEO can guide the company in emphasizing user-targeted experiences and infrastructure. Especially when it comes to beefing up consumer retail experiences, Chapek’s expertise in overseeing the jaw-dropping success of Frozen products, the $5.5 billion Disney resort in Shanghai, Star Wars parks in Florida and California, upping park tickets during travel season, among other business decisions could benefit Disney in the long term. For Disney, which is aggressively looking into bolstering its merchandise and other brand extensions, Chapek is the prudential choice for increasing and enhancing direct-to-consumer growth.

Some parting words — In the official press release for the development, Iger said he believes this is "the optimal time to transition to a new CEO," citing Disney's recent successes and the integration of Twenty-First Century Fox.

"Everything we have achieved thus far," Chapek added, "serves as a solid foundation for further creative storytelling, bold innovation, and thoughtful risk-taking."