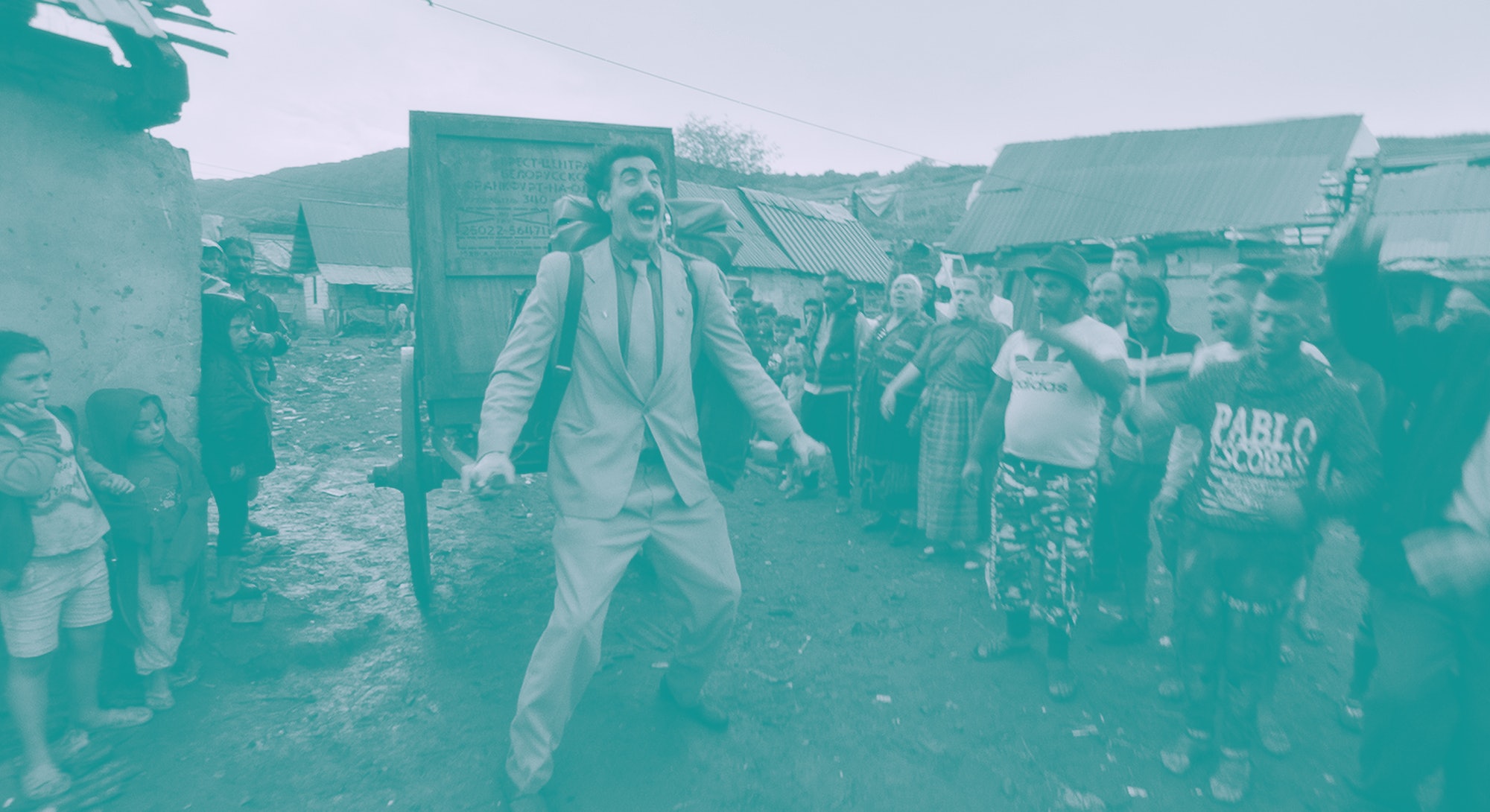 YouTube didn’t exist when Borat first led a packed honky-tonk saloon’s patrons in a rousing singalong session of “Throw the Jew down the well.”

Then, the only way to watch Sacha Baron Cohen conduct one of the darkest, most complex three minutes of modern satire was to catch it on Da Ali G Show when the Season 3 episode aired on August 1, 2004 (or during one of HBO’s semiregular repeats).

YouTube went live in February of the following year, but it would take at least another fifteen months before Borat encouraging Arizonans to grab the Jew “by his horns” found its way onto the fledgling site (the scene’s oldest upload which you can watch below appears to come from a user who created their profile in May, 2006), where I first found it while finishing out my freshman year as my small-town Mississippi high school’s sole Jewish student.

I don’t think I’ve ever seen my dad laugh as hard as when I showed him the segment on our desktop computer not long after he came home from work that night. We talked then — and would repeatedly over the years — about how the clip is such a perfect encapsulation of our country’s enthusiasm, ignorance, and obliviousness, particularly with regard to Jewish-American history.

My dad converted to Judaism only a few years prior, joining my mom who was raised in the faith. They moved us to Mississippi from Maryland-by-way-of-Pennsylvania when I was three, thinking it would be a temporary stop in a foreign land before moving on to a more developed, sane region of the country. My father felt an obsessive pull to understand Judaism, but he never understood the South. I’ve since felt the pull to understand both, and I think seeing Baron Cohen — a British Jew himself — on that saloon stage confronting and “dehorning” antisemitism was one of the most influential moments on me as a young Yid in the Deep South.

The song (benignly titled “In My Country There Is Problem”), made waves when it debuted, and quickly established itself as one of Da Ali G Show’s unequivocal highlights. Baron Cohen’s country ode to pogroms even made it onto the soundtrack for his 2006 feature-length cultural touchstone, Borat: Cultural Learnings of America for Make Benefit Glorious Nation of Kazakhstan, which saw an improbably decent sequel premiere on Amazon Prime last week.

I watched the sequel from my home here in New Orleans the night it came out, waiting for Baron Cohen’s newest mockeries of American antisemitism. By and large, he did not disappoint: from the requesting the inscription “Jews Will Not Replace Us!” be piped onto a cake amid a flurry of smiley faces in icing, to the plastic surgeon agreeing Semitic noses tend to be more substantial than those found on gentiles' faces, to Borat’s brief suicide attempt that involves simply waiting inside a synagogue for the next mass shooting.

Seeing Baron Cohen on that saloon stage confronting and “dehorning” antisemitism was one of the most influential moments on me as a young Yid in the Deep South.

But, somewhat unsurprisingly, it’s the film’s finale that hit its metaphorical and literal high notes. Borat finds himself once again on stage — this time, appropriately, at a COVID-19 "Right to Work" rally — to perform an original country composition. I won’t go into the details here, but the themes of Baron Cohen’s newest call-and-response chorus will likely sound extremely familiar.

My parents visited town last weekend — the first time since the pandemic began. Sitting (a safe distance) apart from each other, I asked my dad if he'd watched the Borat sequel. “Oh, yes!” he said, sitting up in his seat. “We loved it!” And yet, there was a somber note in our discussions about the movie. Antisemitism is nothing new, and the same can be said of the many complexities of the Deep South. But, in the fifteen years since Borat first took that saloon stage, both subjects have mutated in ways we never would have imagined. Baron Cohen’s jokes are no longer enjoyed from any kind of privileged remove. The humor is far more fatalistic now which, incidentally, is its own running theme in the history of Jewish comedy.

We’ve seen an incredibly wide array of hits and misses from Baron Cohen’s past 15 or so years of satirical work, but the roving antisemitic Kazakhstani reporter will likely always remain his crowning achievement. It’s incredibly difficult to separate Borat’s actual genius from the legions of “My wiiiife” and “Very nice!” regurgitators who rival Rick and Morty obsessives for “Most Obnoxious Fanbase,” but if you’re able to do so, going back to one of the internet’s first viral YouTube videos is more than worth the time, and a reminder that despite how much has happened in 15 years technologically, culturally in many ways we've regressed. Baron Cohen's jibes hit harder because it's so hard to believe some people still don't get the joke.