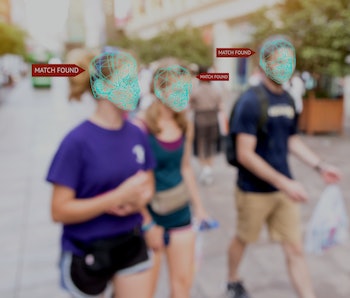 WBUR reports that on Wednesday, Boston’s City Council voted to ban the use of facial recognition software becoming the second-largest city, after San Francisco, to do so. Council members cited the unreliable accuracy of the technology, especially among people of color. On the same day, they also approved a $3.61 billion police budget, according to The Boston Globe.

Banning facial recognition — The facial recognition ban passed unanimously and hardly a tough sell to local police. Earlier this month, Boston Police Commissioner William Gross doubled down on his lack of interest in the technology and acknowledged that he, a Black man, could be easily misidentified. A recent update to the bodycams used by the department includes facial analysis, but the department claims they did not upgrade to that version.

Facial recognition was already under unprecedented scrutiny this year before protests against the violent policing of Black people erupted, magnifying the scope and dangers of this kind of surveillance.

Communities across the country have enacted their own bans, including many in the Boston metropolitan area. Portland could be soon to follow — potentially with loopholes for Amazon — with a repeatedly delayed vote now set for July 13.

It’s not all roses — Boston City Councilors Ricardo Arroyo and Michelle Wu told WBUR they were particularly concerned with racial bias in facial recognition and banning it is a step in dismantling systemic racism.

Arroyo and Wu, along with three others, voted against the massive $3.61 billion police budget, but other councilors favored incremental reform. The budget reallocates a paltry $12 million of police overtime spending to other programs including $3 million for an initiative specific to combating systemic racism.