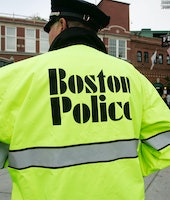 The amount of civil asset forefiture money used to purchase a cell site simulator, or 'stingray.'

So you’ll have to forgive us when we say we were completely unsurprised at learning the Boston Police Department surreptitiously spent well over half-a-million in citizens’ seized money to buy a cell site simulator, aka a “stingray,” to intercept suspects’ phone data... completely unbeknownst to Boston’s own city councilmembers. Would you also believe that they have absolutely nothing to say on the matter publicly?

Exploiting legal loopholes — According to a detailed investigation from WBUR and ProPublica, the city’s police department spent approximately $627,000 on a cell site simulator in 2019, and used a convenient loophole to do so without the public or even legislative oversight knowing about it.

“The Boston police bought its simulator device using money that is typically taken during drug investigations through what’s called civil asset forfeiture,” explains ProPublica’s report, adding that the money is almost always kept regardless of a case’s outcome. “The police chiefs in Massachusetts have discretion over the money, and the public has virtually no way of knowing how the funds are used,” ProPublica writes.

In this case, they bought a “stingray” that they then used to surveil targets’ locations, data, and contacts... along with unsuspecting members of the public, whose phones’ info is often also swept up in the collections process.

Reform the money channels — As many experts have noted in the past, the only way to really solve issues like this is to instigate serious reforms that take the funds acquired during civil asset forfeitures out of police departments’ hands, and into a more general state slush fund. Until then, cops will continue to be able to technically get away with these purchases with little to no repercussions.