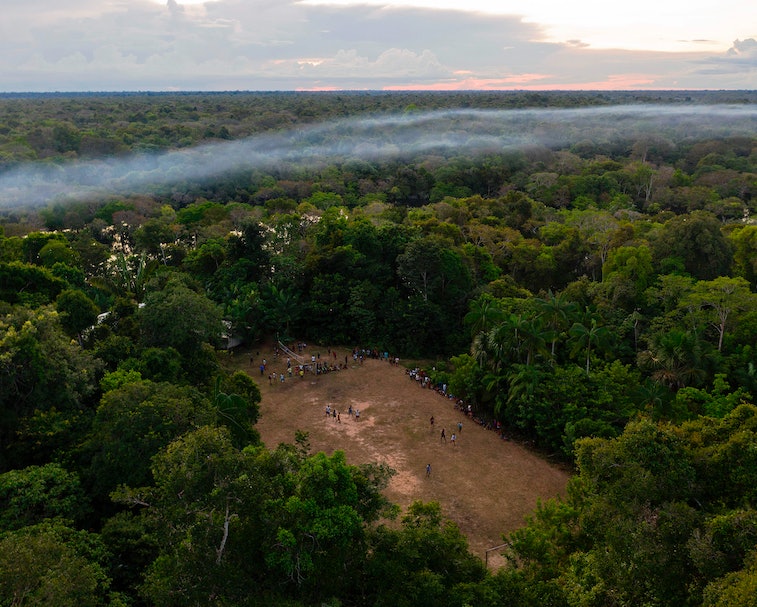 If you're looking to buy a chunk of the Amazon rainforest, maybe to clear it and set up a farm, for instance, the first place to go is Facebook. According to the BBC, the social network is applying its usual hands-off approach to brokers illegally selling parts of Brazil on its platform.

In some cases, the land being sold has been stolen from indigenous communities. In other instances, it's just being stolen, burned clear so it's better suited to agriculture, and then the thieves are pressuring the Brazilian government to sell it to them, as it's been deforested anyway by that point, so there's no point in protecting it they argue.

Some of the plots can be as big as 100 soccer fields and can fetch $35,000 each. Having title deeds is largely optional, which means the market is growing fast thanks to the lack of oversight.

Not Facebook's problem — Facebook claims it is prepared to collaborate with regional authorities to curb the illegal activity, but won't take any steps of its own. It told the BBC, "Our commerce policies require buyers and sellers to comply with laws and regulations."

In other words, Facebook's job is to sell ads, not to check the items being sold are legitimate. That's fair enough, but instead of choosing to run any ad, regardless of the harm is might cause or whether or not it's legitimate, Facebook could opt not to run any ads for Amazon land instead.

Where there's Bolsonaro there's fire — The situation is compounded by the fact that Jair Bolsonaro, the "Trump of South America," cares about as much about protecting the rainforest as his nickname's sake cares about eating vegetables: not an ounce.

Bolsonaro's notorious for decreasing protections concerning Brazilian rainforests by allowing ranching, mining, and logging, and for telling the rest of the world that, should it see fit to, Brazil has every right to exploit its natural resources for its own enrichment. That's hard to argue with, but then, one gets the impression Bolsonaro would sell his family members' organs if the price was right.

Another bad look for Facebook — Facebook tries to present itself as environmentally conscious. Because that's expected of big tech. It has a climate change info-hub, for example. You don't get much greener than that. Just don't mention the extensive undersea cables left off the coast of Oregon, or the black markets it enables where exotic animals are sold.