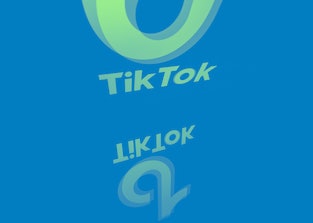 How much ByteDance could make (or "substantially more") if it sells at least half of its stake.

As TikTok continues to dominate the global app download charts, the company behind it, ByteDance, faces more scrutiny from the U.S. government with each passing day. Now ByteDance is considering the sale of a majority stake of TikTok to alleviate the government’s gaze.

ByteDance still wants full control — Though the company is looking to sell a large portion of TikTok to protect the value of the business, ByteDance hopes to maintain complete control over TikTok’s business. The sale of a majority stake would, ByteDance hopes, alleviate some of the U.S. government’s concerns that TikTok is a national security threat.

If ByteDance were to sell more than half of its stake in TikTok, the company could earn “substantially more than $10 billion,” one person familiar with the matter told Bloomberg.

Talks are still preliminary — Nothing is even close to set in stone as of now. ByteDance is pursuing other options to relieve the U.S. government’s pressure, such as hiring aggressive legal defense. One representative from the company went as far as to state, “These rumors are completely meritless.”

ByteDance is kind of flailing here — Because of the pressure it faces from the federal government, TikTok’s future is murky at best. This is a shame, really, because the app is doing very well for itself both in the U.S. and globally. ByteDance is hoping to open for an initial public offering, but selling a majority stake in TikTok would definitely push back its timeline.

It seems ByteDance is willing to explore any and all options to alleviate the steely gaze of the government — just yesterday it was reported that the company is looking to open a headquarters anywhere but China for the same reason.