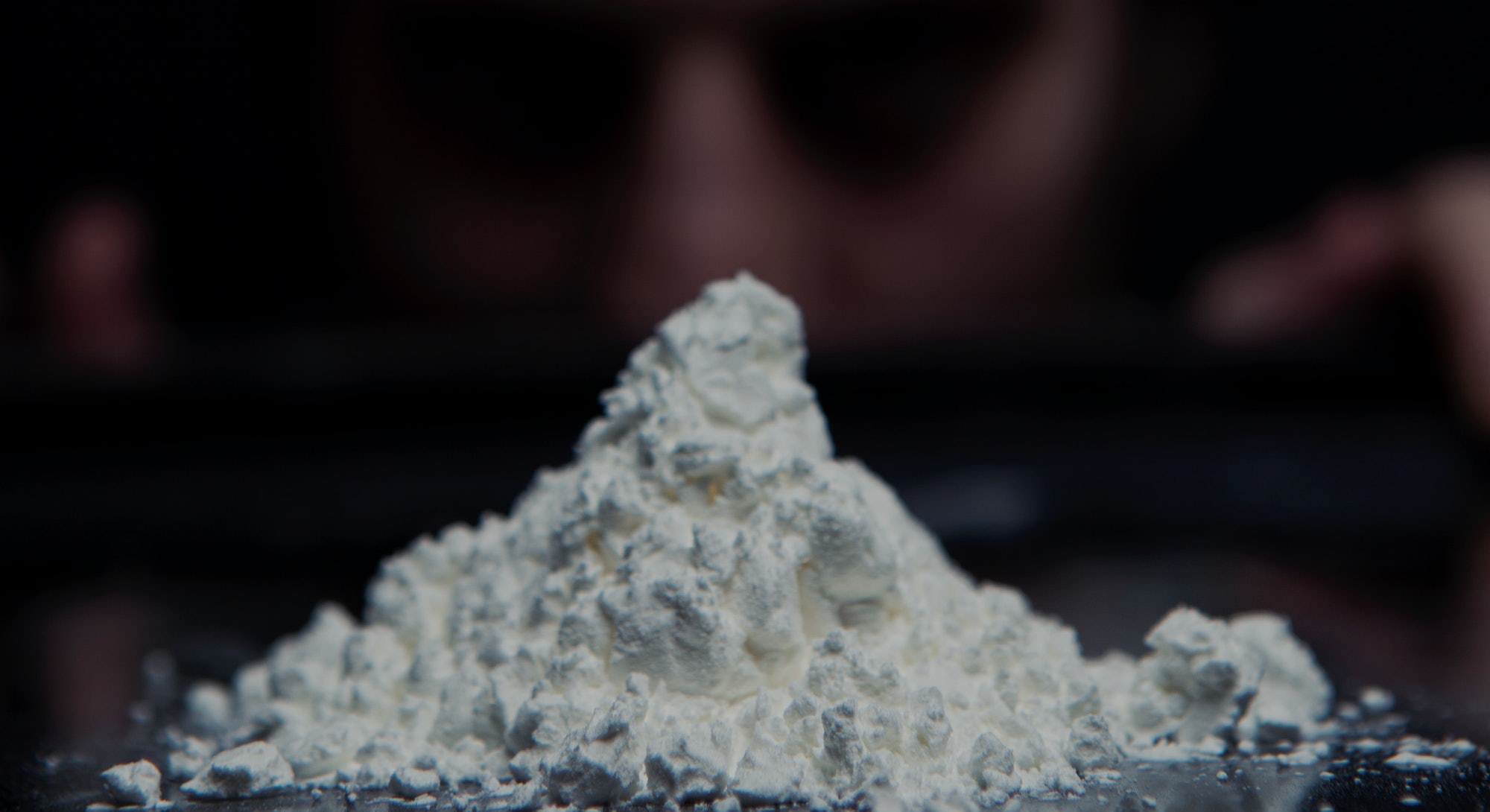 Growing up in Colombia in the 1970s, artist Camilo Restrepo saw the effects of the oft-bloody drug trade up close and personal.

Born and raised in Medellín, Restrepo spent holidays in El Valle, a small village in the country’s Pacific Coast. “At first, it was a quiet fishing village with a bit of tourism, but narco culture changed everything,” he recalls. “Fishermen stopped catching fish and instead caught kilos of cocaine that began to surface in the ocean. Wooden houses morphed into stucco palaces, and the parties were insane.”

Restrepo, who is 48 and still based in Medellín, is best known for his large-scale drawings, which are cartoonish and intricate and collected by the likes of Leonardo DiCaprio. A recurring theme of his work is the absurdity of Colombia’s drug war. “I witnessed bombs explode the windows of our house,” he says. “People close to me were murdered for having — or not having — to do with the drug trade, and the more time passes, the more I realize the war on drugs has been an utter failure.”

His latest project, a ToN oF coke, is thematically similar to his past work, but aesthetically quite different. In fact, it’s pretty boring looking. Available on the NFT marketplace OpenSea since June 17, a ToN oF coke consists of “1,000 collectible one-kilo cocaine packages which can be legally owned.” Each kilo is nothing more than a white, three-dimensional rectangle on a gray background.

The last in the series, 1,000/1,000, sold for 1 ETH — approximately the price of a real kilo in Tumaco, Colombia, before it’s shipped on the actual “open sea,” Restrepo points out — and has already been resold for 2 ETH. But even though there are “no mafioso intermediaries, legal issues, or a bloody war” going on, as Restrepo puts it, he has sold just 45 of the 1,000 NFTs to 28 users. The non-fungible kilos of coke have proved much harder to move than the real thing.

Part of the blame for the slow sales stems from advertising issues. In July, Restrepo set up a Twitter account that promoted the project and posted every time a piece was sold, but in a matter of days, it was reported and suspended for good. “I guess the algorithm doesn’t get the difference between crypto cocaine and the real thing,” the artist says.

He also had problems on Instagram, where he was offering followers the chance to “buy 100% legal crypto cocaine.” Two of his posts were taken down because they “went against Community Guidelines on sale of illegal or regulated goods,” per Instagram. After the platform informed him that a third takedown would result in the closure of his account, Restrepo relented and stopped posting about the project there.

Restrepo has gotten creative when it comes to marketing. In July, he transferred NFT 6/1,000 to Mexican comedian Fernando Bonilla, whose popular character El Diente de Oro satirizes his country’s narco culture. Bonilla initially intended to sell the kilo as a “sample” to a buyer in the U.S., but now he’s planning to break up the work, selling it by the “gram” via a platform like nftfy.org. “My role provides an additional layer of fiction,” Bonilla tells Input. He also thinks that by selling the works as El Diente, he will “bring this work to a group of people who don’t know about the NFT market.”

Meanwhile, Simón Posada, a friend of Restrepo’s who has worked on PR for a ToN oF coke, went on Reddit to tout the NFTs. There, someone questioned why they’d pay for the works when they could use the same amount to get actual cocaine. “So I pay 1000 and get a crypto key? Why not pay $1000 and get 5 eight balls?” the user wrote. “At least then you can flip it and make 500.” Another redditor mistook Posada for a real drug dealer, offering him rifles. At one point, Posada ended up on Discord, where a random user offered him a special Telegram code in case he was ever in need of a hitman.

The misunderstandings don’t end there. Others have criticized the project, saying it sensationalizes drug trafficking. “Shameful! So many expressions of crypto art to share and you decide to take advantage of genuine artists using the pain of a country,” went one Instagram comment. “This is not #NFTart.” Restrepo’s response? “It seems like many demand solutions to the drug trafficking problem from artists, instead of demanding it from governments,” he tells Input.

The stigma of illegal drugs is so strong that a few friends of Camilo’s who work as public servants in the U.S. changed their minds about buying the NFTS out of fear that it would somehow affect their jobs. Other potential buyers in Colombia have had their credit cards blocked by banks that, due to the novelty of NFTs, are taking security measures on attempts to buy the U.S. dollars needed to obtain Ether.

“If this project goes viral, I could live off [sales of] a ton of NFT coke.”

To circumvent bank issues, Restrepo himself has transferred Ether to buyers’ crypto wallets; the buyers in turn transfer the equivalent in Colombian pesos to the artist’s bank account. Ultimately, when the crypto cocaine is purchased, the Ether goes back to Restrepo. “This truly mimics the cocaine laundering circle,” he explains. “Since many [drug] shipments today are being paid with crypto that’s then being exchanged for cash.”

Despite all these obstacles, Restrepo is pleased at the response to a ToN oF coke. “This project has generated a lot of conversations about the legalization or regularization of drugs and the absurdity of the war on drugs,” he says. “And that, in my opinion, makes it successful.

“I also know that if this project goes viral,” Restrepo adds, “I could live off [sales of] a ton of NFT coke as effectively a drug dealer who can live a lifetime off moving a single ton of cocaine.”