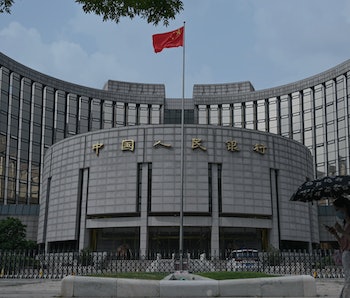 Sometime today, the People’s Bank of China updated its website with a stark statement: “Virtual currency-related business activities are illegal financial activities.” It’s the most explicit yet China has made in its vendetta against cryptocurrency.

The news isn’t shocking, as China has been cracking the whip on cryptocurrency operations for the better part of 2021, now. The global market’s reaction — which is not nearly as devastating today as it has been upon previous, similar announcements — shows that the rest of the world really did expect this. China may be done with cryptocurrency, but the market writ large is ready to stay buckled in for the ride.

No crypto by any name — As the country’s most central bank, the People’s Bank of China’s word is imminently powerful. The notice posted to the Bank’s site goes into a bit of detail about why, exactly, the financial institution has chosen to shut down crypto trading. The Bank does not mince words there.

The notice goes on to clarify that any and all cryptocurrency-related activities — even just swapping one for another — is illegal. No Tether, no Ether, no Doge, no cryptocurrency activity at all.

Meanwhile… — When China first began cracking down on cryptocurrency, the market reacted very, very harshly. China was, at one point, home to a huge number of large-scale cryptocurrency-mining operations, and their loss hit hard. But now the market has a solid backbone around the world. It’s much more ready to recover with or without China.

The crypto market is also now bolstered by the many businesses bullish on it. Twitter just opened up a new bitcoin tipping system to all users in the U.S. AMC is planning to accept bitcoin, Ethereum, Litecoin, and Bitcoin Cash at theater locations by the end of the year. The NFT marketplace is alive and well. El Salvador has gone as far as to name bitcoin official legal tender in an attempt to solve remittance struggles.