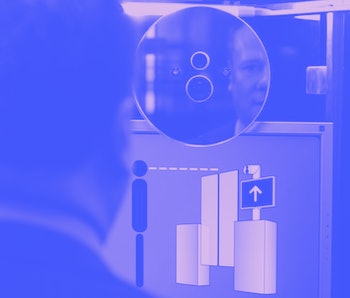 At least 15 civil rights groups have filed a legal objection to the potential expansion of facial recognition software at sea and land ports. The coalition is being led by the American Civil Liberties Union (ACLU) against the expansions proposed by Customs and Border Protections (CBP) in November this year.

The CBP at the time had expressed strong interest in increasing the use of biometric systems. This would, if applied at official scale, give the CBP legal power to collect and archive all kinds of facial photography concerning people who are not citizens of the United States. Such surveillance methods are not discussed with the public, these civil rights groups warn, and thus pose significant danger toward an individual's right to privacy. The ACLU simply calls it a "disaster in the making."

If the CBP is allowed to expanded the use of existing facial recognition technology at airports as well as sea ports, it would possess the legal authority to keep this sensitive data on file for at least 75 years. And as the ACLU filing notes, the visual information "may be used not only by [the Department of Homeland Security], but by foreign governments and federal, state, and local law enforcement to identify individuals for a variety of purposes, far removed from the reasons for CBP’s initial collection."

What happens now? — The legal objection filed by ACLU and its coalition notes that biometric data like a person's facial geometry is conventionally exposed at all times (unless, of course, you have a mask on) and thus "virtually impossible to insulate ourselves from unjustified surveillance and resulting harms." If the expansion of such technology happens, federal authorities will essentially have unquestioned power to use faceprints without the expressed consent of an individual — a privacy nightmare that radically ramped up after the September 11 attacks in the name of "national security."

"CBP’s collection of faceprints could enable systematic surveillance by other government agencies and foreign governments," the objection warns. "It could expose where people go, who they associate with, and even what they believe, based on the religious services, protests, or meetings they attend."

It is up to the judge to decide whether the ACLU objection deserves to be sustained or overruled. But even raising the issue in the open allows the public to understand which of their civil liberties are at risk. Already the COVID-19 pandemic has given us, among other concerns, ample reason to be wary of authorities using public health management as an excuse to take police state tactics and surveillance up several notches.