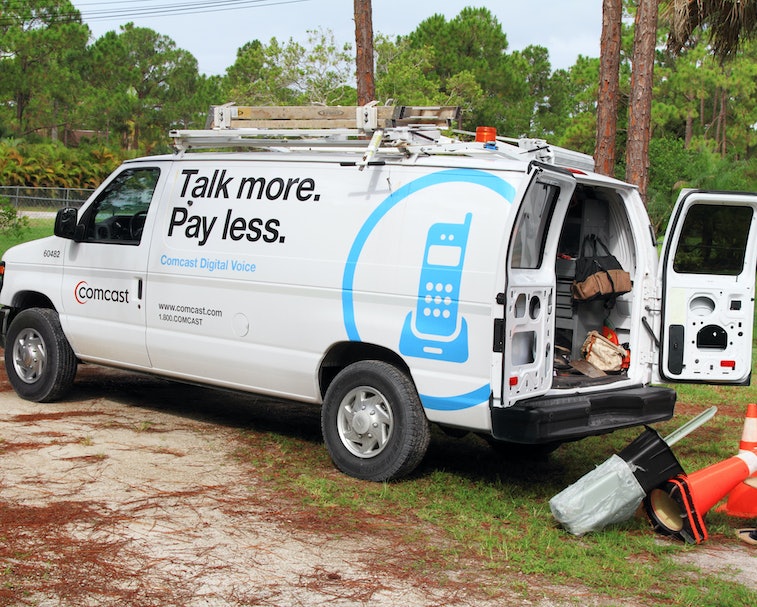 It’s generally safe to assume that when moving into a new home situated within a major city that internet service will be available. This assumption, however, has proven to be a thorn in the sides of Zach Cohn and his wife, Lauryl Zenobi, a couple that purchased a house in the northern part of Seattle in Summer of 2019. After closing on the property, the two learned that it was the only residence, at least in the immediate area, which had not been integrated into the existing cable infrastructure for high-speed internet.

As first reported by Ars Technica, Cohn came to find out that the adjacent properties in the Northgate neighborhood he had just laid down roots in, were all “wired for Comcast,” after being set up by the ISP’s predecessor decades earlier.

Unfortunately, Cohn’s home was not included in this process and after jumping through a number of logistical hoops, was given a $27,119 estimate from a Comcast employee as the cost of “installing 181 feet of underground cable to connect the house.” The couple has since opted to work with a 4G hotspot instead.

Bureaucratic hell — A quick search for “Comcast nightmare story” will yield too many results to parse through in a single day. There’s even a section of Wikipedia dedicated to the controversies surrounding the company’s infamous history of poor service.

Ars Technica in fact, has documented a few of these situations including a 2020 tale in which a Virginia couple, also purchasing a new home, were led to believe that internet would be accessible according to the company’s own coverage map, only to be hit with a $5,000 upfront charge to remedy the fact that the property was located in a dead zone.

This Reddit post from 2014 details a four-hour process that the author needed to endure simply to cancel his subscription. Around this time, recording oneself during interactions with customer service representatives was seen as almost a necessity in order to witness any results.

There is a single throughline in most of these stories — namely that a lack of competition for internet service has enabled one of the largest telecommunications companies in the world to blatantly disregard its user base.

In Cohn and Zenobi’s case, there were no other ISPs in the area to switch over to in order to avoid the $27,000 fee. Even receiving information proved to be a challenge, as the new homeowners were forced to contact their local City Council officials, which led to Comcast’s response. This, of course, occurred after eight months of trying to contact the company. Here is the result:

"This residence is an unfortunate case of an odd-shaped, hard-to-access lot that was never connected with cable service in years past, and the City has no authority to require Comcast— or [any] other Internet service provider — to make the connection."