“YouTube has been driving millions of viewers to climate misinformation every day, a shocking revelation that runs contrary to Google’s important missions of fighting misinformation and promoting climate action.”

The U.S. House Select Committee on the Climate Crisis, in a letter to Google 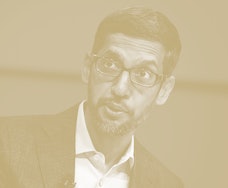 Last week, non-profit Avaaz released a report detailing the ways in which YouTube is spreading misinformation about climate change. Now Congress has taken up the same fight by sending a letter to Google demanding the company take action against the disinformation campaigns. The letter was addressed to Alphabet’s CEO Sunday Pichai and gives a deadline of February 7 for a response.

Google needs to assume culpability — It’s 2020, and Google’s prowess on the internet only continues to grow. That means the company’s influence over public thought increases with every passing day, too. Though Google isn't directly putting out this information, it’s being spread through networks the company owns, like in YouTube ads. Google makes money off these ads.

That means Google needs to also take responsibility for all of the information being disseminated by its networks — the good and the dangerous. And then it needs to make changes.

Millions of viewers every day — The letter, penned by the U.S. House Select Committee on the Climate Crisis, makes it clear that this is Google’s responsibility.

“YouTube has been driving millions of viewers to climate misinformation every day, a shocking revelation that runs contrary to Google’s important missions of fighting misinformation and promoting climate action,” the letter states. “Last September, you proudly declared that ‘sustainability has become one of Google’s core values from our earliest days,’ and announced ‘the biggest corporate purchase of renewable energy in history.’”

The letter does not go into detail about these accusations, but calls on YouTube to rectify the problem by removing the misinformation immediately and taking steps to “correct the record” for the millions of viewers who have already been exposed.