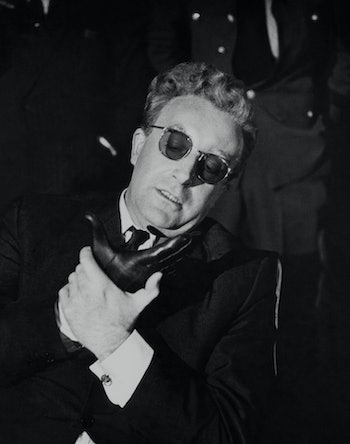 Reactionary conservatives and various shades of libertarians absolutely hate COVID-19. Not because of the American government's grossly inept and bumbling response since Day One, or the deluge of misinformation peddled by the Trump information and its sycophants.

They don't hate it for the irreparable, perhaps largely avoidable damage caused to 216,000 and counting families. They hate it because what few safeguards (belatedly) put in place are angering the Free Market Gods, as well as stifling everyone's precious "liberties" and "right to work"

Translation: Wealth isn't being generated as quickly as it could be, and instead of a strengthened welfare state to provide for our most vulnerable in this time of crisis, lower caste employees desperate for their bosses' breadcrumbs should embrace a new-but-not-really idea called "Focused Protection" to hopefully improve their odds of staying alive. It's all posited in a petition called The Great Berrington Declaration that's currently circulating in conservative online circles, and only conservative online circles, which clearly must mean they're being censored by companies like Google.

As explained comprehensively by Gizmodo's News Editor, Rhett Jones, the Great Barrington Declaration came about thanks to Drs. Jay Bhattacharya, Sunetra Gupta, and Martin Kulldorff, all of whom just so happened to meet up at the (Charles Koch-funded) American Institute for Economic Research in Great Barrington, Massachusetts, where they were graciously provided "video recording... a location, equipment and a camera man pro bono" to promote their new strategy called Focused Protection. According to the GBD's own official site, Focused Protection means encouraging old people and those of us with pre-existing conditions to stay home while "those who are not vulnerable should immediately be allowed to resume life as normal" in order to build up herd immunity — and, surely just as a coincidence, get back to work. Never mind the Great Barrington Declaration either doesn't seem to acknowledge certain fundamental aspects of how herd immunity really works, or outright ignores them.

So far, the petition has garnered over 40,000 signatures from various professionals in the fields of science and medicine. The number might seem impressive, until you realize that literally anyone (and we mean anyone) can sign the online document. The Great Barrington Declaration is also unsurprisingly gaining traction in conservative internet circles, particularly with all those William F. Buckley cosplayer types who love to sip shitty scotch in armchairs for hours on end while somehow simultaneously decrying "cosmopolitan academic elites" and "lazy" poor people.

The Great Barrington Declaration is also particularly popular with all those William F. Buckley cosplayer types.

For some strange reason, many people are not sold on the Great Barrington Declaration, including the head of the World Health Organization, who described the idea as "scientifically and ethically problematic.” Instead of pausing to consider that maybe their idea had some gaping holes in both logic and compassion, however, supporters are now claiming social media censorship and internet search suppression. Because of course they are.

"Social media censorship of the Great Barrington Declaration is just more evidence that many of our supposed cultural superiors aren’t interested in scientific debate. They’re interested in cramdowns," tweeted conservative talking head and perpetual 'whiny dweeb you were forced by your parents to invite to your Bar Mitzvah because he has no friends,' Ben Shapiro.

Maybe people aren't interested because the Declaration includes lines like, "A comprehensive and detailed list of measures, including approaches to multi-generational households, can be implemented, and is well within the scope and capability of public health professionals," without providing any such comprehensive and detailed list. Or that the statement manages to completely ignore the simple fact that encouraging everyone to jump back into normal life to develop some nonexistent version of herd immunity will generate untold numbers of corpses — particularly those of marginalized and impoverished peoples viewed as expendable for the "cause" — to begin piling up.