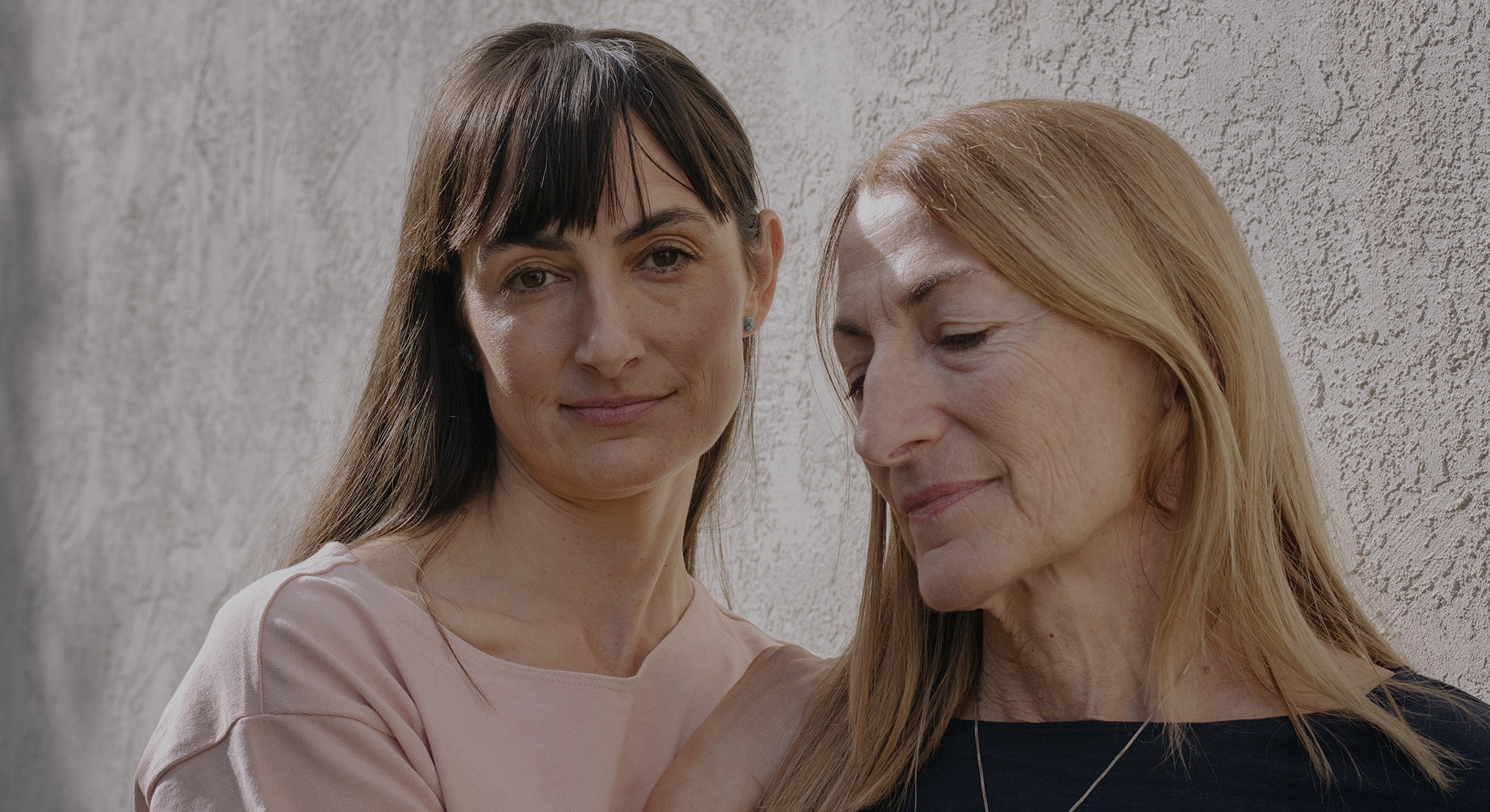 For decades, parents have seen cannabis as a dangerous drug, a gateway to be avoided at all costs. But for Nicole Skibola and her mother, Dr. Christine Skibola, cannabis is something to tap into for its holistic potential.

The duo founded their company Cosmic View in 2017 and make their products by hand in a commercial kitchen in San Rafael, California using formulations created by Dr. Skibola herself. A former UC Berkeley professor and leading international cancer researcher, Dr. Skibola believes the plant has potential to combine the healing effects of traditional herbalism and science, especially because CBD extract boasts calming and anti-inflammatory properties.

“I was familiar with cannabis when I was younger, but not in making medicinal products,” Dr. Skibola tells Input. Her research — which was partially focused on how diet, environment, and genetics affect the risk of disease — suggested the plant could help people with their long-term health, especially if they suffered from chronic pain or illnesses including cancer.

Prior to founding Cosmic View, Nicole suffered from the latter. At 32, she was diagnosed with a rare endometrial cancer, an illness that “completely changed” her life, she tells Input. In search of a way to relax, create, and maintain her health after surviving cancer, Nicole began using cannabis recreationally. “I had a little bit of a crisis where I realized that I didn't want to do [corporate consulting work anymore],” she says. “I wanted to be a creative and an artist.”

A decade after her diagnosis, Nicole acts as the creative visionary for Cosmic View while her mother acts as the company’s product innovator. The two admit that working as a mother-daughter duo, while sometimes challenging, has helped the company. “At the end of the day, we're very close outside of the business,” says Nicole. “If we fight, it'll be like two minutes, and then we're just talking as if everything's back to normal.” There’s no cannabis needed to soften any blows, either. “We kind of read each other’s minds,” Nicole says. “There’s so many moments when we want to give up, but I think because we have this — [Cosmic View] — we have a real passion.”

Dr. Skibola agrees, saying, “I don’t think I could have done it with anyone else.”

“We’re unwilling to totally compromise on many of our values, which have been rendered unprofitable or unappealing in the eyes of venture capitalists.”

Both mother and daughter, as well as their family and friends, try out Cosmic View’s offerings themselves, a practice Dr. Skibola has been following throughout her career: “When I was a scientist, I always tested things on myself before I would ever give it to someone else,” she says. “[Cosmic View] is very careful of the ingredients we choose — even if we find something that we know may have beneficial effects, I also look at the tox studies to make sure it doesn’t have any adverse effects.” Dr. Skibola chooses all products’ ingredients by hand while formulating recipes.

Nicole’s “biggest beef” with the cannabis industry is, like most other industries, the prioritization of capitalist and corporate practices. A lot of small businesses like Cosmic View, she says, have been unable to compete with the massive influx of corporate money in the cannabis space. “We’re unwilling to totally compromise on many of our values, which have been rendered unprofitable or unappealing in the eyes of venture capitalists,” Nicole adds.

Integrity and ethics are at the forefront of Cosmic View, even though the company is not incentivized to operate as such. “As the industry has become increasingly corporatized, we've leaned further and further into the direction of being the complete opposite,” Nicole concludes. “We want to nurture the earth, and in doing that, nurture ourselves.”

With health as a primary focus for the brand, Cosmic View only produces products that are environmentally clean. The brand doesn’t have to test for heavy metals in its hemp, but it does, says Nicole. “It’s our responsibility to make sure everything [our customers] consume nurtures their bodies.” The company has pledged to use 100 percent Earth-certified cannabis, working with a small handful of local farmers who integrate regenerative farming processes.

The actual process is technical, Nicole says, but it results in cannabis grown exclusively from outdoor sunlight, water catchment, and natural pollinators. The regenerative system is meant to create more for the earth than what is taken away. “I believe that the way our cannabis is grown, there's a spirit within the plant from the sun, the native pollinators, and surrounding crops,” Nicole says. “I won’t use any other cannabis because I believe there’s a different effect from products that are made with our level of intention and integrity. You can feel the difference.”

Because of Cosmic View’s extensive growing and packaging process, Nicole describes herself as a cannabis snob — but the only things that differentiate a snob from an expert are real knowledge and perspective, two traits Nicole touches on repeatedly. In addition to sourcing from local farmers, Nicole and her mother make everything themselves, another practice they note is not common in the cannabis industry. All Cosmic View infusions are made by hand, while Nicole’s father raises the bees responsible for the honey used in the brand’s hard candies. Cosmic View’s recipes are often created by scratch, Nicole adds. “It’s a major labor of love and that’s something we’re really proud of.”

With more consumers than ever tapping into herbal medicine — either exhausted from pharmaceuticals or as Nicole notes, increasingly aware of the opioid crisis — Cosmic View lends itself as a long-term treatment option. Dr. Skibola likens the brand’s CBD tinctures to a daily vitamin and notes that their anti-inflammatory properties can provide aid for many conditions including aging, obesity, and cancer.

There are no studies that show cannabis can help you live a longer and more prosperous life, Dr. Skibola is careful to clarify, but the plant’s abilities to reduce inflammation are helpful in living life to the fullest. Healthy dietary and lifestyle choices only emphasize these effects, which is why Cosmic View advocates for those changes too. “It's about making long-term changes and for multiple facets,” she says.

“When I decided I wanted to get out of academia, I wanted to have a closer relationship with people,” says Dr. Skibola, whose prior work had mainly consisted of lab research and academic writing. “It’s nice to have more of an impact where you can see and hear from people… and it was nice to know I could start [tangibly] helping people out there — especially women,” Dr. Skibola adds. “That’s half the population.”

Women, she says, are more likely to suffer from anxiety, autoimmune conditions, reproductive health issues, and chronic pain in general. Having studied cancer and endometriosis while living with the latter, as well as watching her daughter experience both, Dr. Skibola says using cannabis to help women’s health was a cause “near and dear” to her heart.

Still, there’s a lot of sexism in the cannabis industry, not just in the business side but in who products are made for. Typical cannabis packaging — which often takes inspiration from garish cartoons, bootleg branding, and other stoner stereotypes — can be alienating to many women, which is why Cosmic View wanted to create products that would feel like just another wellness product.

For many people, cannabis still feels taboo or scary to use. Knowing this, Cosmic View seeks to be inviting. The brand offers non-psychoactive topicals as a low barrier entry to cannabis, which Nicole says may feel like safer and more accessible cannabis consumption for people who are newer to the experience. It doesn’t hurt that Cosmic View is backed by Dr. Skibola’s credentials and Nicole’s inviting story and visuals.

As the cannabis industry evolves, more people will be turning to weed for its healing properties (among others) and Cosmic View is prepared with products personalized for everyone’s aches, stress, and chronic illnesses. Even those who just want quality flower can look to the brand for its regenerative farming process and feel good about what they’re indulging in.

“Cosmic View is about our connection to one another and to the earth,” Nicole says. She named the company after hearing how astronauts described the first time they saw Earth from space. The “cosmic view,” as they had called it, showed everything they knew — every life, every death, every war, every heartbreak — on the planet, giving the astronauts a newfound sense of gratitude for the earth and for each other. Nicole hopes the same can be said of her cannabis company and its community.