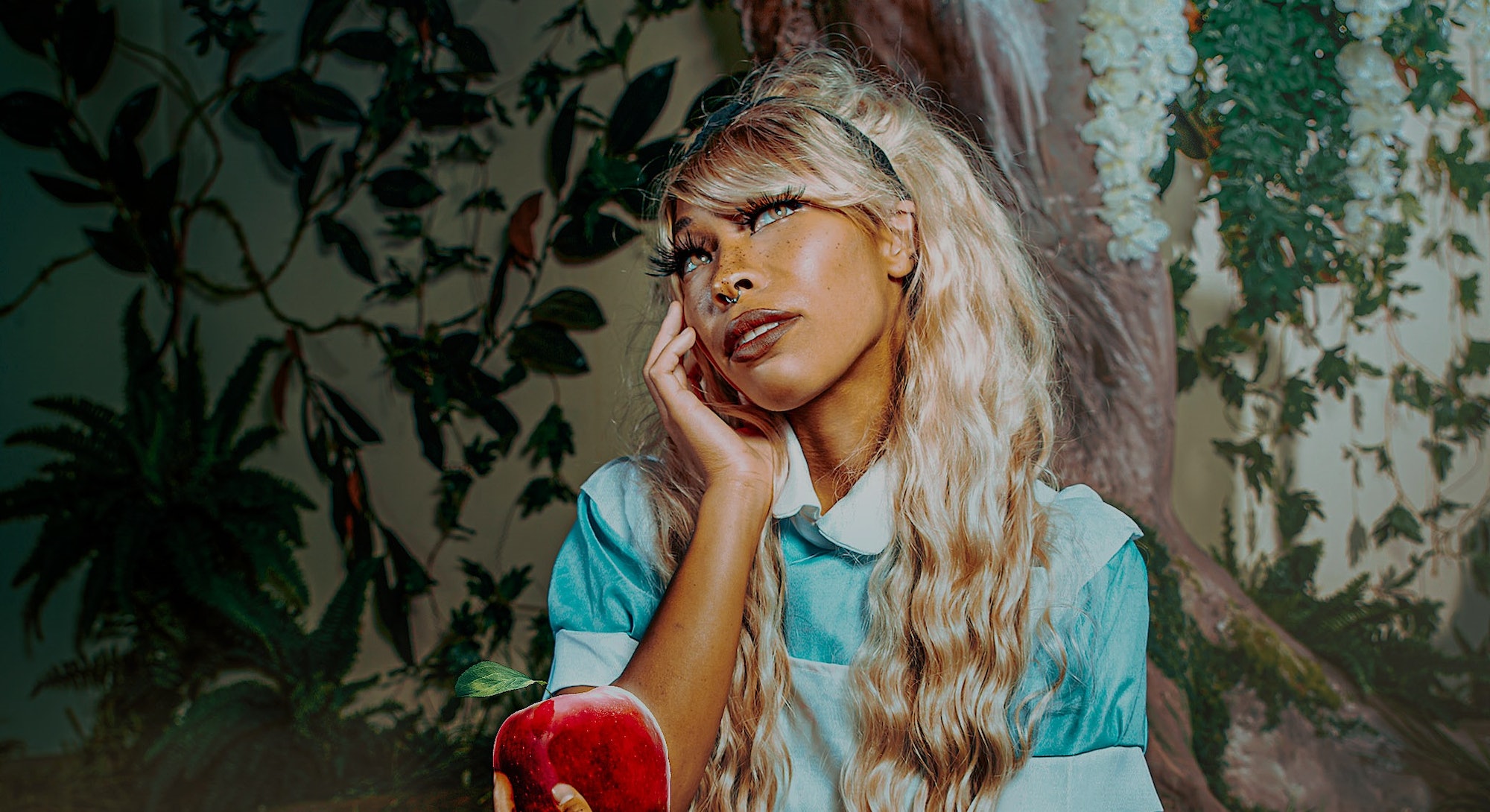 When Kiera Please started out in cosplay in 2016, she scavenged items from her relatives’ closets to transform herself into “simple” characters, like Roxanne from A Goofy Movie and Susie Carmichael from Rugrats.

It was her way of distracting herself from the depression she was struggling with at the time. Today, the 25-year-old Californian engages in far more elaborate cosplay — a portmanteau of “costume play,” or the act of dressing up as characters from movies, TV, books, or video games.

One week, she metamorphosizes into Inosuke Hashibira from the manga series Demon Slayer, complete with a boar head mask. Next, she puts on a black-and-white suit and neon green wig to become Beetlejuice. She’s even donned enormous white, feathered angel wings as an ambassador for Rihanna’s Fenty brand.

These costumes delight her fans. She now has a total of 1.6 million followers across Instagram and TikTok. But you can’t please everyone. Please ticks off some of the complaints she receives on a daily basis:

“Her skin color is different.”

And these are the relatively polite ones. Aside from outright racist comments, it’s that last gripe — that Please, who is Black, is portraying characters who aren’t — that really exasperates her.

She feels like this is particularly a problem on TikTok, where a relatively new group of fans is being exposed to cosplay. “In the last couple years, anime cartoons and comics have become mainstream,” she says. “It’s cool that people are getting involved, but more people means more ignorance, especially with TikTok, where people aren’t familiar with the community.”

In a recent YouTube video, vlogger Joe Veridis, a fellow Black cosplayer, referred to the kind of racial abuse Please is talking about as the cosplay community’s “open problem.”

He said he had been the target of horrific comments on TikTok for being a Black cosplayer and claimed the platform muted him and, after he spoke out, eventually banned him. Last year, the influencer Shirleen was called racist slurs online when she posted a picture of herself dressed up as the anime character Rin Tohsaka. Sadly, Black cosplayers have documented such abuse across multiple social media platforms.

Anuli Duru, a 29-year-old New York-based cosplayer with more than 35,000 followers on Instagram, has experienced this kind of hatred. In July, the costume connoisseur uploaded an image of herself dressed as the blonde, Japanese character Sailor Moon to Instagram.

The haters “complained that I have braids instead of straight hair, or just straight up called my cosplay ugly,” says Duru, who carefully handcrafts the costumes for each character she impersonates. “Some of them outright complained that Sailor Moon isn’t Black.”

Please believes cosplay consumers are unaware of how hurtful these kind of critiques can be: “It implies that we can’t be included because of the way we naturally are.”

Joan Miller, a mixed-race cosplayer and doctoral candidate from the University of Southern California, has published research on this unfortunate phenomenon. Her academic investigation found that cosplayers inhabit two camps: affirmational, where imitators adhere strictly to source material or original depictions of characters, and transformational, where imitators use source material as a “jumping off point” to develop their own interpretations.

Of course, there is a double standard here. The cartoons mimicked by the cosplay community — like Dragon Ball Z, Naruto, and My Hero Academia — are mostly East Asian. Many white, Western cosplayers see no problem with dressing up as characters from these properties, until Black creators join in. “It’s wild,” says Duru of white cosplayers, “because they’re gatekeeping for a culture that isn’t even their own.”

Sexism is at play, as well, with female-presenting influencers receiving an outsized amount of abuse. “I feel like people look at us and think it’s okay to judge us visually or to scrutinize our looks,” says Please. “In general, women get judged so heavily. I think it bleeds over into the cosplay community without people realizing.”

Some cosplay fans have the audacity to lecture influencers like Please and Duru about “appropriate” forms of cosplay for Black people. Namely “the five Black characters you can be,” says Duru. These include Garnet from Steven Universe and Netossa from She-Ra and the Princesses of Power.

All the criticism can have a deleterious effect on Black cosplayers. Jamila, a 37-year-old Black, nonbinary cosplayer from Oregon with more than 10,000 Instagram followers, has internalized racial abuse. (Jamila, who uses the screen name Black Bettie Cosplay, asked Input to withhold their last name for privacy reasons.) “I obsess over tiny details of my costumes to make sure no one has a reason to say something horrible,” they admit.

For instance, when Jamila did a cosplay of the goddess Hera, from the popular webtoon Lore Olympus, they were meticulous about getting the angle at which they held their cigarette just right. “I know plenty of white cosplayers who don’t worry about that,” they say. “We always have to do far more than our counterparts. Especially if we want to be hired or asked to guest at conventions.”

No matter what they do, Black creators feel their social media accounts are targeted simply for existing. And they don’t think social media companies offer enough support. “Black creators will get their content flagged for no reason,” Duru says. “That’s definitely happened to my Instagram on multiple occasions. The moment a Black body is seen, and someone decides it offended them, they hit the report button and it’s gone.

“I definitely think social media companies can do way better,” she adds. “I hope we move to a future where they’re more intuitive, perceptive, and careful with what is being flagged.”

For now, Black cosplayers have only one option: continued excellence. Duru, like all the interviewees in this article, intends to rise above the haters. She knows the trolls want their words to hurt or discourage her. She refuses to let them win.

“I’m going to keep pushing my content,” she says. Duru isn’t going to change her cosplaying — or her natural hairstyles — for anyone. “I’m about to change the face of cosplay. You better be ready for these bantu knots!”