Competition could force Netflix towards an ad-supported tier 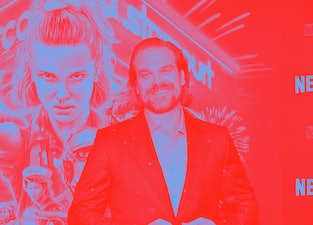 The number of Netflix subscribers in the US and Canada, as of October 2019

Netflix historically shared subscriber revenue in terms of the U.S. versus the world. Now, the streaming service will report on the following regions: the United States and Canada (UCAN); Europe, Middle East, and Africa (EMEA); Latin America (LATAM); and Asia-Pacific (APAC). The company filed three years’ worth of data with the SEC under this new structure, underscoring growth in regions outside the U.S.

Can the prices go any higher? — Subscribers in LATAM and APAC are shelling out the least at $8.63 and $9.29 a month, well above what new streaming services are offering in the U.S. As streaming gets more competitive and other services pull their titles, Wall Street speculators claim that Netflix will have to offer an ad-supported tier sooner or later.

New numbers — This reporting structure both bolsters falling U.S. numbers with Canada’s while providing a clearer look at more specific markets around the world. UCAN is the biggest market with 67.1 million subscribers and the highest average monthly revenue per membership ($13.08). EMEA follows with 47.4 million, doubling subscribers in less than three years. LATAM and APAC have grown steadily, but not as impressively as EMEA, counting 29.4 and 14.5 million subscribers respectively.

Netflix has maintained for years that it will always be ad-free because that’s the experience its customers want and it’s differentiated the platform. While Hulu pulls 70 percent of its revenue from its ad-supported tier, Netflix (and more recently competitor HBO) have been able to lean hard into the concept of uninterrupted binge-watching.

If Netflix wants to continue its growth, it likely needs to increase focus on local content in emerging markets, while those of us in UCAN prepare for the inevitable fee hike.