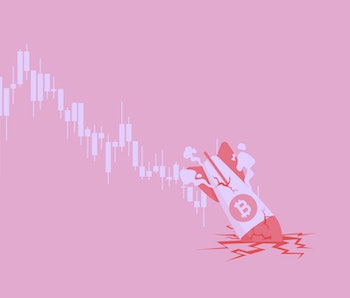 China some just found a way to crack down even harder on cryptocurrency mining in the country, and the markets are not happy about it. As of yesterday, all mining operations within the Sichuan Province are offline after the Sichuan Provincial Development and Reform Commission and the Sichuan Energy Bureau announced Friday it would cease supplying electricity to at least 26 firms in the area. With Sichuan serving as the country’s leading province for mining, it’s now estimated that at least 90 percent of the nation’s cryptocurrency operations are effectively gone (or, at least, in hibernation) as government officials continue their push to more closely regulate digital currency trading.

The effects were immediately felt around the world — Bitcoin is currently down nearly 20 percent from this time last week to around $32,500. Although the price of Bitcoin is still astronomically high compared to a year ago, the continued downward spiraling in recent weeks lends credence to the argument that the Bitcoin bubble is bruised, if not quite burst... at least for the time being.

Mining operations scrambling for a solution — As the Global Times reported yesterday, many of Sichuan’s largest Bitcoin mining firms are desperately seeking partners overseas to staunch the economic hemorrhaging, with operators reaching out to potential business allies in more crypto-friendly regions like North America and Russia. Likewise, the price of mining rigs has plummeted as these firms seek to unload them elsewhere following China’s latest crackdown.

Not everyone is as opposed to Bitcoin — China’s move, while both dramatic and detrimental to Bitcoin’s short-term ascendance, doesn’t necessarily negate the growing acceptance of cryptocurrency as a viable asset alternative to traditional options like fiat currencies.

Earlier this month, El Salvador made the monumental move to accept Bitcoin as legal tender by September — the first nation to do so — while stateside, ForUsAll became the first retirement company to announce it would accept Bitcoin investments into customers’ 401(k) accounts.

And with companies like Coinbase now supported by Apple Pay and Google Pay, it’s clear that Bitcoin isn’t going anywhere anytime soon... well, its existence isn’t going anywhere. Its worth will continue to hinge on Elon Musk’s every cringe-worthy tweet and meme-reference. That alone might be enough to give some people more pause than any action undertaken by the Chinese government.