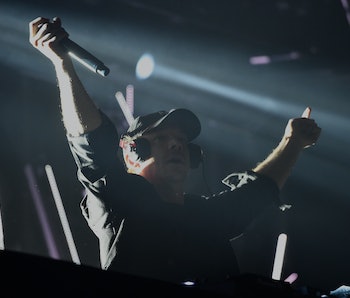 Twitch is hosting a 12-hour charity stream this Saturday, March 28, in partnership with Amazon Music to raise money for COVID-19 coronavirus relief efforts. Among the star-studded lineup of guest appearances will be Diplo, Ryan Tedder, and Charlie Puth, to name just three. Twitch will be running two simultaneous streams throughout the day featuring artist performances and competitive tournaments in Fortnite and UNO.

Go live to save lives — Viewers will be able to contribute throughout the show (or donate here right now), and all proceeds will go to the COVID-19 Solidarity Response Fund for the World Health Organization, which is working to provide critical resources to countries that need it most, including medical supplies and evidence-based guidelines on how to detect and treat patients affected by coronavirus. Twitch hopes to raise $2.5 million during Saturday's event.

Governments have begun stepping into high gear as the highly communicative virus spreads rapidly around the world. Countries including China, France, and India have taken the most serious measures, putting their nations into effective lockdown in order to "flatten the curve," or blunt the exponential increase in confirmed cases.

The United States has been more lax in its response, with the White House focusing much of its attention on a stimulus package to keep the economy from collapsing as everyone isolates at home and businesses remain closed. President Trump has even suggested lifting restrictions to prevent spread of the virus by April 12th despite health experts saying that date is far too early.

The United States has the money to weather this storm, though, if it's deployed properly, so it's good to see that Twitch's charity donations will be directed elsewhere. The global death toll from COVID-19 now stands at more than 21,000.

The full lineup and schedule for Twitch's event on Saturday can be found here: https://www.streamaid.twitch.tv/