Discord's growth has more than doubled its valuation since last year 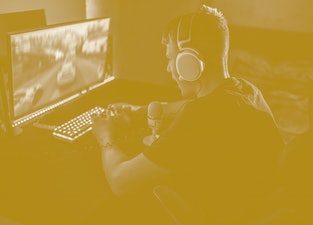 Discord's new value, according to insiders.

If anyone had their doubts about Discord’s power to stay in the zeitgeist, the company’s latest funding round should scare them away pretty fast. The server-based chat site is now planning to value itself at about $15 billion. Read that again. Fifteen billion dollars.

That kind of valuation is no joke. It’s rare in the tech world and rarer still in the gaming world, which still comprises much of Discord’s business. The $15 billion valuation comes at the heels of Discord’s latest funding round, which raised approximately $500 million in new financing for the company, Bloomberg reports.

This week’s valuation is more than twice what investors priced the company at just one year ago. There’s good reason for this: Discord has continued to grow with immense speed since that $7 billion valuation. The service now boasts more than 150 million monthly active users and 19 million active servers each week. But the chat app is far from done growing.

Time to expand — Discord’s growth in the last couple of years has been impressive. There are limits to that growth right now, though. Discord was created to foster a social gaming experience, and that’s mostly where the app’s user base has remained.

There’s nothing inherently wrong with this focused audience. Gaming has been very good for Discord, especially during the COVID-19 pandemic, when tournaments and multiplayer events couldn’t be carried out in the flesh.

Discord CEO Jason Citron knows the gaming crowd won’t sustain the app’s growth forever, though. He’s looking to use the new funding to expand Discord’s offerings and make the service more attractive for other crowds. Earlier this year, for example, Discord launched a feature for artists to host ticketed events, and it’s already been adopted by big names like Grimes.

Not done yet — Discord’s $15 billion valuation is jaw-dropping. Bethesda Games, one of the giants of the modern gaming industry, was purchased by Microsoft last year for $7.5 billion , and that number gave us sticker shock.

Discord knew it would be worth upwards of $15 billion sooner rather than later. Last year the company turned down Microsoft’s offer to buy it for $12 billion, a number that at the time seemed very generous for a chat app. Discord’s decision not to go for that deal came across as somewhat brash — but now Discord’s shown there’s no end in sight for its growth.

The trick now will be keeping Discord’s existing user base happy while also opening up the app to other audiences. And, of course, the company will need to start bringing in more revenue soon to match up with its enormous value; last year it brought in just $130 million. That’s nothing to sneer at, but it’s certainly not $15 billion.