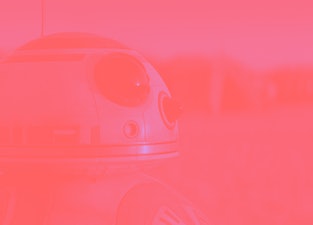 Total number of subscribers to Disney+ as of February 11.

Disney announced today that its streaming service Disney+ has surpassed 94.9 million subscribers. The service, which launched just 14 months ago, was initially anticipated to reach 90 million by 2024. Disney is projecting that Disney+ will have 230 million to 260 million subscribers by 2024. It said this will be the last quarter during which it shares subscriber numbers, however.

Analysts expect that Disney's subscriber numbers will surpass Netflix by the end of 2024. The two companies offer different types of content, however, with Disney focusing on PG fare while Netflix offers mature content; consumers will probably continue paying for both so long as that remains the case.

Deep library — Disney+ has been helped in part by the pandemic, which has driven new subscribers to most streaming services as consumers spend more on at-home entertainment. Disney+'s vast back-catalog of original shows and movies made it a major contender out of the gate, as people subscribed to rewatch their favorite classics like Ratatouille and Mulan. But Disney has also managed to pump out a succession of new hits onto the services throughout the pandemic, including The Mandolorian, WandaVision, and Soul.

At $6.99 per month, Disney+ offers great value during the current economic recession. The rapid rise of Disney+ began from the very first day in November 2019, when 10 million users signed up. By the end of the first quarter, the service hit 26.5 million subscribers and hasn't stopped growing since. Some people have received free one-year subscriptions to Disney+, however, and the company doesn't disclose how many come from those promotions. The company will need to prove it can continue making hits so they'll renew.

All in on streaming — Disney has used the pandemic to go all-in on streaming as its other businesses, from parks to cruises and broadcast, continue to suffer. The company originally intended to release Soul in theaters but instead sent it straight to streaming. That direct strategy is expected to continue, though some movies will get simultaneous releases in theaters and on Disney+, starting with Raya and the Last Dragon in March 2021.

It's becoming clear the company has realized it no longer needs theater chains to succeed, however — Disney is planning more than 100 film and television projects, 80 percent of which will go directly to Disney+. It expects to spend $14-16 billion on content in 2024 to fund all those new projects. But as more people subscribe to Disney+, it will start to become profitable and Disney won't have to eat into revenue from other businesses to fund it.

Netflix spends about $15 billion annually on content and says its losses peaked in 2019, when it spent $3.3 billion more than it brought in. Original content is important because Disney and Netflix pay only once to produce it and then it remains in the catalog in perpetuity. The subscriber numbers just go to show that Disney really wasn't as far behind Netflix as one might have thought in 2019, because it already had the content needed to dominate.