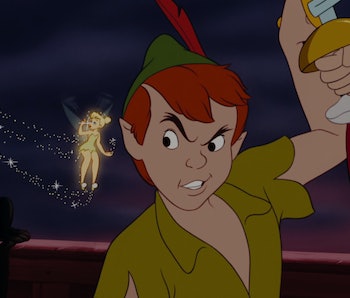 Disney’s movies may be considered classics, but that doesn’t mean they’ve all aged well. Deftly handling issues of race, in particular, has never been one of Disney’s strong suits — a fact that the company is slowly but surely coming to terms with. This week the company has begun pulling titles that include racist tropes from “Kids” profiles on Disney+.

Though Disney has not made any public announcement about the change several outlets have noticed that Disney+ Kids profiles no longer display titles that previously included content warnings for racism. That’s a fairly long list, and includes plenty of films you’ll remember from your childhood: The Jungle Book, Aristocats, The Lady and the Tramp, Dumbo, Peter Pan, and Swiss Family Robinson, and likely others, too.

Disney added unskippable warnings about racism before some of its films last year. “This program includes negative depictions and/or mistreatment of people or cultures,” the warnings read. “These stereotypes were wrong then and are wrong now.” The message also includes a link to Disney’s Stories Matter microsite.

Those warnings are still being presented in front of movies with racist stereotypes when adults access them, but children will no longer have the option.

More kid-friendly than ever — Disney’s decision to pull these movies from Kids profiles is definitely the right move. While the company’s content warnings aren’t exactly difficult to understand, but they’re not kid-friendly, either. A small child who wants to watch Dumbo flap his floppy ears isn’t going to read through that message and come away with any clarity about the situation.

This means that creating a Kids profile gives a parent or guardian more control than ever over the type of content a child can consume on Disney+. Until now, functionality for Kids profiles has essentially only been able to rely on ratings — a Kids profile can only watch movies rated G or TV-7FV. Now, creating a Kids profile is a way to ensure you’re weeding out racist stereotypes from your child’s viewing experience, too, and then when you do want to show your children these movies, you can be prepared to discuss the problematic content with them.

Confronting the inevitable is… working? — After many, many years of sweeping its checkered past under the rug, Disney finally decided to confront it. Last year it launched the aforementioned Stories Matter site, dedicated to adding much-needed context to movies with content that could be harmful, or is simply out of step with contemporary mores.

For example, the site writes about Peter Pan’s incredibly problematic depiction of indigenous people. “The film portrays Native people in a stereotypical manner that reflects neither the diversity of Native peoples nor their authentic cultural traditions,” the segment reads.

Notably, not every movie with a content warning has been given an entry on the Stories Matter website. But then, addressing injustice is an ongoing project.