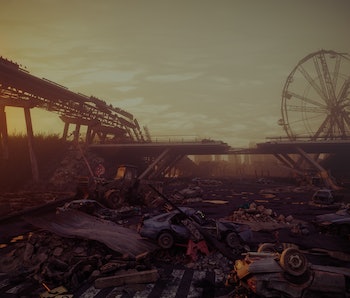 The Bulletin of Atomic Scientists kept its Doomsday Clock at 100 seconds to midnight for the second year in a row, the closest the metaphorical countdown to our impending apocalypse has been in the organization’s 75-year history. Citing “many disturbing trends” including pandemic misinformation’s hindrance of a global recovery and the ever-looming threat of eco-collapse, the BAS conceded “several bright spots” such as a U.S. president that at least acknowledges climate change is a real issue, as well as some minor movements towards easing nuclear tensions between America and Russia.

Still, it doesn’t exactly do much to lessen the sting from the Bulletin of Atomic Scientists’ reminder that we are all “at doom’s doorstep,” apparently. Read the room, BAS. C’mon.

A lengthy list of suggestions — Of course, there are a number of ways humanity could conceivably stave off impending extinction... like, a big number of ways. Per the Bulletin of Atomic Scientists, such ideas include the U.S. and Russia committing to further denuclearization, accelerating decarbonization, and removing a sitting president’s “sole authority to launch nuclear weapons” in an effort to encourage other nations to do the same. Oh, and, y’know, really taking this whole “the world is on fire” thing seriously.

The contingency plan business — We’re all for radical ways to tackle our various existential threats, and in all honesty, think humanity is pretty well-equipped to face them head on. That said, not everyone appears to share our (perhaps unrealistic) optimism, and are making plans for the worst as we speak. Doomsday archival vaults are quite the big business at the moment, from an international repository of music near the Arctic Circle, to a similar safehouse for... um... Oreo cookies. Look, priorities are important, people.