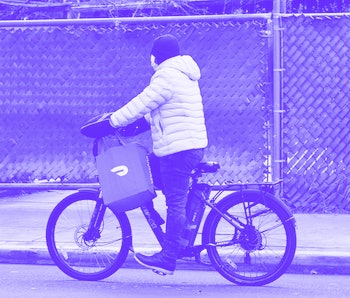 DoorDash has announced a bleak sweepstakes competition meant to squeeze more work out of its drivers. For every 25 deliveries that couriers make from April 5 through April 18, they will receive one entry for a chance to win $50,000 in cash. Ten couriers will ultimately be awarded the prize, who will also be able to donate an additional $50,000 to a select charity.

Exploitation — By holding out the slim possibility that its low-wage workers could win fifty racks — life-changing money for them, to be sure — DoorDash stands to get legions of couriers completing more deliveries, and it won’t actually have to spend much doing it. DoorDash is, in a sense, feeding off desperation.

There has been a recent shortage in drivers for Uber and Lyft, who had fewer ridesharing drivers on their services in the past year as demand collapsed. DoorDash’s reward might be an attempt to bring back more drivers, though the service only delivers food — it doesn’t offer rides — and has been a pandemic winner.

Dueling economic and health crises caused by the coronavirus pandemic have shined a spotlight on gig workers for delivery apps, which rely on a steady supply of people who need cash and have nowhere else to go. These jobs are exhausting, often pay below minimum wage, and drivers are not provided benefits like healthcare or a minimum wage.

Last year, DoorDash, Uber, and other related companies spent hundreds of millions on a ballot measure in California called Prop 22. The measure passed overwhelmingly and exempts the companies from state labor laws requiring them bring on workers as employees. Workers get some new benefits but there are caveats; studies have found that workers will make below minimum wage because a guaranteed minimum doesn’t apply to idle time waiting for requests. That might explain the shortage Uber and Lyft are experiencing — drivers don’t want to wait too long, because they don’t get paid.

4D chess — At the same time as DoorDash compensates drivers with subpar wages, it also has become a powerful gateway between restaurants and their customers. The company demands sales commissions of up to 30 percent. Incredibly, DoorDash charges restaurants a commission rate of 15 percent for pickups, where a driver isn’t even involved. The company says it does this because most pickup orders are supposedly from new customers, though that surely doesn’t make it sting any less for businesses operating on thin margins. But during the pandemic, being removed from DoorDash, which controls a third of the U.S. delivery market, can be a death sentence.

DoorDash generated nearly a billion dollars towards the end of 2020, and its CEO Tony Xu is a billionaire based on stock alone, before factoring in annual cash compensation of $300,000. Early investors in DoorDash have similarly made out well. But you can’t say the same for the workers and restaurants who make it all possible. If DoorDash had to compensate them a livable wage, it would be difficult for the company to provide the type of profit it hopes to someday make. That profit comes from somewhere. Delivery is expensive and DoorDash won’t grow if it raises prices for customers, so it squeezes workers instead. It didn’t create these inequities, but it benefits from them.