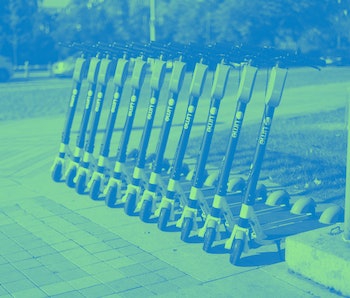 Two big players in the e-scooter industry are pulling out of several cities as scrutiny into urban micromobility deepens. Lime announced this week that it is terminating service in 12 markets as the company shifts its focus to “achieving financial independence.” The company is also laying off roughly 14 percent of its workforce, or about 100 workers, Axios reported. At the same time, Lime’s competitor Bolt appears to be pulling out of all cities outside of South Florida.

Who will be affected? — Lime's retreat will affect numerous cities in the U.S. and beyond. That includes Atlanta, Phoenix, San Diego and San Antonio in the U.S.; Linz, Austria in Europe; and Bogotá, Buenos Aires, Montevideo, Lima, Puerto Vallarta, Rio de Janeiro and São Paulo in Latin America. Bolt was less specific about where it will cease operations, though Gizmodo reports that the company has confirmed plans to pull out of some markets, and its app now only shows availability icons in South Florida.

This isn’t exactly a surprise — Despite their convenience and potential to help with city congestion, the rollout of e-scooters has been met with a lot of pushback. Cities have struggled to cope with the sudden influx of electric rideables over the past few years. While the companies recommend riders use a helmet while operating their scooters, that’s proved difficult to enforce. And, injury rates have subsequently skyrocketed across the country. E-scooters may have a place in city life, but we clearly aren’t quite there yet.