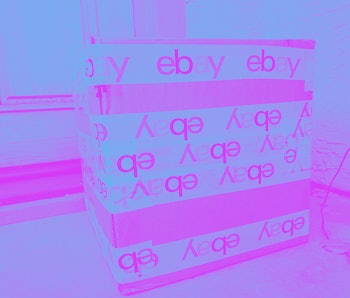 After weeks of teasing the change in emails to customers, eBay definitively pulled the plug on PayPal processing for sellers this week. The exact changes to PayPal’s terms of service are a little unclear — buyers can still pay for goods with PayPal, but sellers will no longer be able to have their profits pay out via PayPal.

For long-time eBay sellers this might come as something of a shock; PayPal has been a pivotal part of eBay business since it was acquired by the company nearly two decades ago. Back in 2015, PayPal spun off as its own publicly traded company, and since then eBay hasn’t featured PayPal quite so prominently as a payment option.

Sellers won’t see much of a change in their payments from eBay, except that they’ll be deposited directly into their bank accounts rather than going through PayPal first. As the company says in a new FAQ about the changes, “you can sell and get paid in one place, on eBay, without a need to pay third-party processing fees.”

While this is true — PayPal won’t receive any proceeds from your eBay sales — there are also new fees being instituted by eBay for its managed payment. And payouts could take longer than sellers have grown used to.

Processing fees, processing time — Because eBay’s payment processing is baked into its terms of service, every seller is forced to either agree to the new terms or take their wares elsewhere. The seller experience is mostly staying the same, to be fair. There are a few notable changes sellers should be aware of, though, and eBay isn’t exactly putting them in bold font.

The new in-house payment system will charge sellers a flat fee of $0.30 per payment, plus a variable percentage of the final sale total. That percentage is generally 12 to 15 percent for lower-cost orders with fees as low as 2 percent for high-cost orders. eBay says these fees should be similar to — if not less than — what sellers are currently paying PayPal and eBay combined.

The switch to in-house payment processing also means the time between an order being placed and the money landing in a seller’s bank account is changing. eBay says it initiates payment “within two days” of an order being confirmed; it will then take another 1-3 business days for the funds to clear in a checking account. As Gizmodo points out, some early adopters have complained about their payouts taking more than a week or even freezing mid-process for long periods of time.

The bigger picture — This has been a long time coming. PayPal and eBay really grew up together to become an impressive conglomerate — until late 2014, when eBay announced it would be spinning off PayPal into a separate entity. At the time, both companies agreed to a five-year transition period; eBay first started testing its in-house payment processing in 2018.

In the last five years the options for selling products online have really opened up, though. Facebook Marketplace and similar offerings make it easy to sell whatever you want with virtually no overhead. eBay isn’t the default marketplace anymore; there’s a fair chance this final divorce from PayPal will send even more sellers to other avenues.

In-house processing is rolling out to all users beginning now, so the jury’s still out on whether or not the move will prove seriously adversarial for eBay. The company reported a net income of $2.54 billion for 2020 — a significant increase from the previous year’s $1.79 billion.