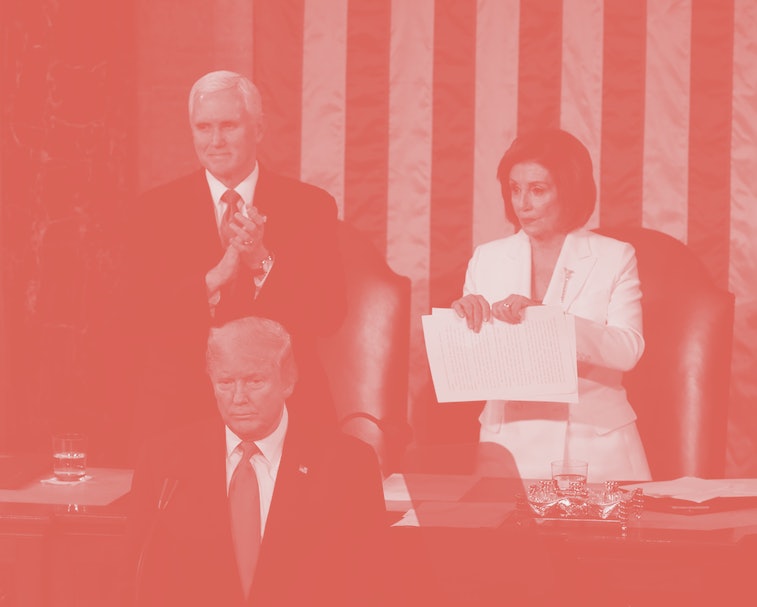 Disinformation reigns in the spread of an edited video from Donald Trump’s State of the Union speech. The now-memed video of House Speaker Nancy Pelosi ripping up the speech has been altered to malign the meaning of the symbolic gesture.

The new video juxtaposes the moment against Trump honoring a former Tuskegee Airman and single-mother led family, suggesting these parts of the speech were found reprehensible by Pelosi. Facebook, Twitter, and YouTube have not taken action against the edited video, though they have all taken stances recently against disinformation and misinformation.

Why is the video still up? — Facebook and YouTube told The Verge that the video didn’t violate either company’s content guidelines. Twitter’s new disinformation policies don’t go into effect until March and the company declined to state whether the video would be flagged in the future.

Facebook’s policy is largely concerned with deepfakes, and lawmakers have already criticized its limited scope. Mark Zuckerberg has made it very clear lately that he doesn’t care if the company offends people, so he’s hardly motivated to pull this misleading video. YouTube, home of the world’s most popular radicalization algorithm, has tried a bit more earnestly to combat unreliable content. Its stance in the wake of this new video feels like more of the same hands-off approach (unless you’re LGBTQ or not white) it’s allegedly moving away from.

“The American people know that the President has no qualms about lying to them – but it is a shame to see Twitter and Facebook, sources of news for millions, do the same,” said Drew Hammill, Pelosi’s chief of staff on Twitter this Friday.