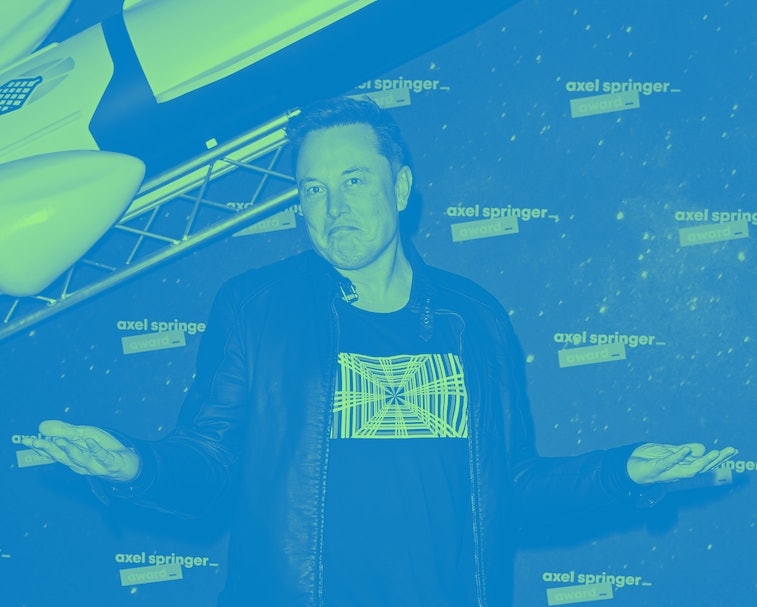 We’re all staring down the barrel of a potentially disastrous overturn of Roe v. Wade by the most conservative Supreme Court in decades, and Elon Musk is really out here telling you to have more damn babies.

We suppose it’s important to note here that the Technoking currently has six heirs to the throne, so at least he’s not an absolute hypocrite. This time.

Completely misguided — While it’s true countries across the globe have experienced declining birth rates for some time now (the total number of newborns fell 4 percent here in America last year alone) many experts point out that simply having more children won’t stave off societal or ecological collapse.

“One thing it’s really important to realize is that population is actually irrelevant to solving the climate crisis,” professor of sustainability science Kimberly Nicholas told Vox last year, “And the reason for that is that we only have the next few years to solve the climate crisis reasonably well.” That said, it’s undeniable that climate anxieties are playing into people’s decisions of whether or not to have children... and have been for literal decades now.

This isn’t the first time — Lest you think this was one of Elon’s classic off-the-cuff WTFs, the Technoking has voiced his concerns over population numbers. And, by extension, women’s bodies. Back in July, Musk tweeted “Population collapse is potentially the greatest risk to the future of civilization.”

As a counterargument, we offer that obscenely wealthy Big Tech oligarchs who are more concerned with tax evasion to help finance their space vacations than affecting real climate change action is our greatest risk, not people with uteruses deciding not to take one (or many) for the team by having as many children as possible. But hey, that’s just our opinion there. What do we know, right?