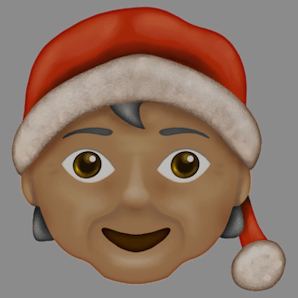 Ah, emoji: the one source of light left in the chaos that is internet communication. The Unicode Consortium announced today that the Emoji 13.0 list has been finalized and includes 62 emoji (117 with all variations) to be released in 2020.

Tons of gender and skin tone variations — Recent emoji updates have tended toward inclusivity, and Emoji 13.0 is no exception. All of the new emoji come with the option for “man,” “woman,” or “gender-inclusive person.”

There’s a person in a veil, a person in a tuxedo, a person feeding a baby, and, my personal favorite: Mx Claus. Yes, that’s a non-binary version of Santa/Mrs. Claus. Mx Claus is also available in a variety of skin tones. If you were looking for a way to invite friends to a gender-inclusive Christmas celebration, it looks like you’re in luck.

Jokes aside, it’s refreshing that the Unicode Consortium is moving forward with the gender inclusion it’s been improving over the last few years. We’ll be getting a transgender symbol and a transgender flag this year, too.

Also: animals, foods, smiling face with single tear — Some other highlights of the new emoji for this year: pinched fingers (perfect for Italians) a ninja, a mammoth, a beaver, a dodo (do people talk about dodos a lot?) a seal, some bugs, a cup of bubble tea, a piñata, a toothbrush, and an accordion.

There are also two new face emojis: a disguised face and a smiling face with a single tear. Sometimes you’re happy enough to smile and a single tear just runs down your face. It’s uncontrollable. Emojipedia has more details and images too.

They're not available just yet — These emoji will be released sometime this year. The release of Unicode 13.0 is set for March 10, so we definitely won't have them before then.